Guess who's back in town!

With all the New York-based celebrities out and about this week to commemorate Fashion Week, the U.S. Open, and the decade anniversary of 9/11 (not necessarily in that order), it was easy to miss Jeremy Piven strolling down the streets of SoHo yesterday afternoon. After all, he was doing his best to remain inconspicuous with his litany of accessories, including a baseball hat, a statuesque female friend to hide behind, and two bodyguards whose idea of not looking like hired muscle involved ironic t-shirts.

We can’t really blame Ari Gold for trying to hide his famous face while in NYC: the last time he made headlines on the East Coast was in 2008, when he brought in a doctor’s note to Broadway claiming that a combination of too much sushi and perpetual mono excused him from continuing his role in David Mamet’s Speed-the-Plow. The producers filed suit, nobody hugged it out bitch, and Piven returned to the West Coast, where things like “excessive tuna consumption” count as a valid reason to take a sick day.

But now that Entourage is closing out its final season, Piven is looking to make amends with New York. Not only is he brazenly walking around Prince Street in broad daylight, but he took to the stage again during a recent reading at NYU’s Skirball Center for the Performing Arts of Sarah Tuft’s September 11th play 110 Stories. He was joined by fellow thespians Samuel L. Jackson, Melissa Leo, and Stephen Baldwin. He also took  in a Roger Federer match and a VeVo-sponsered Fashion Week event because that is what famous people do in their downtime.

Of course, Piven may just be dropping by Manhattan on the way to his newest gig as the producer of a New Orleans-based reality show Blow, about—what else—the glamorous lives of glassblowers.

Except Piven isn’t just making a pit-stop to the city: last week it was reported that the actor/Nobu fan had purchased former baseball player Mike Piazzas’ “muscular” TriBeCa penthouse for $2 million less than the asking price.

Just think: in a couple months Gawker could be running photos of Piven partying it up  with New York’s other recent transplant, Elizabeth Olsen. 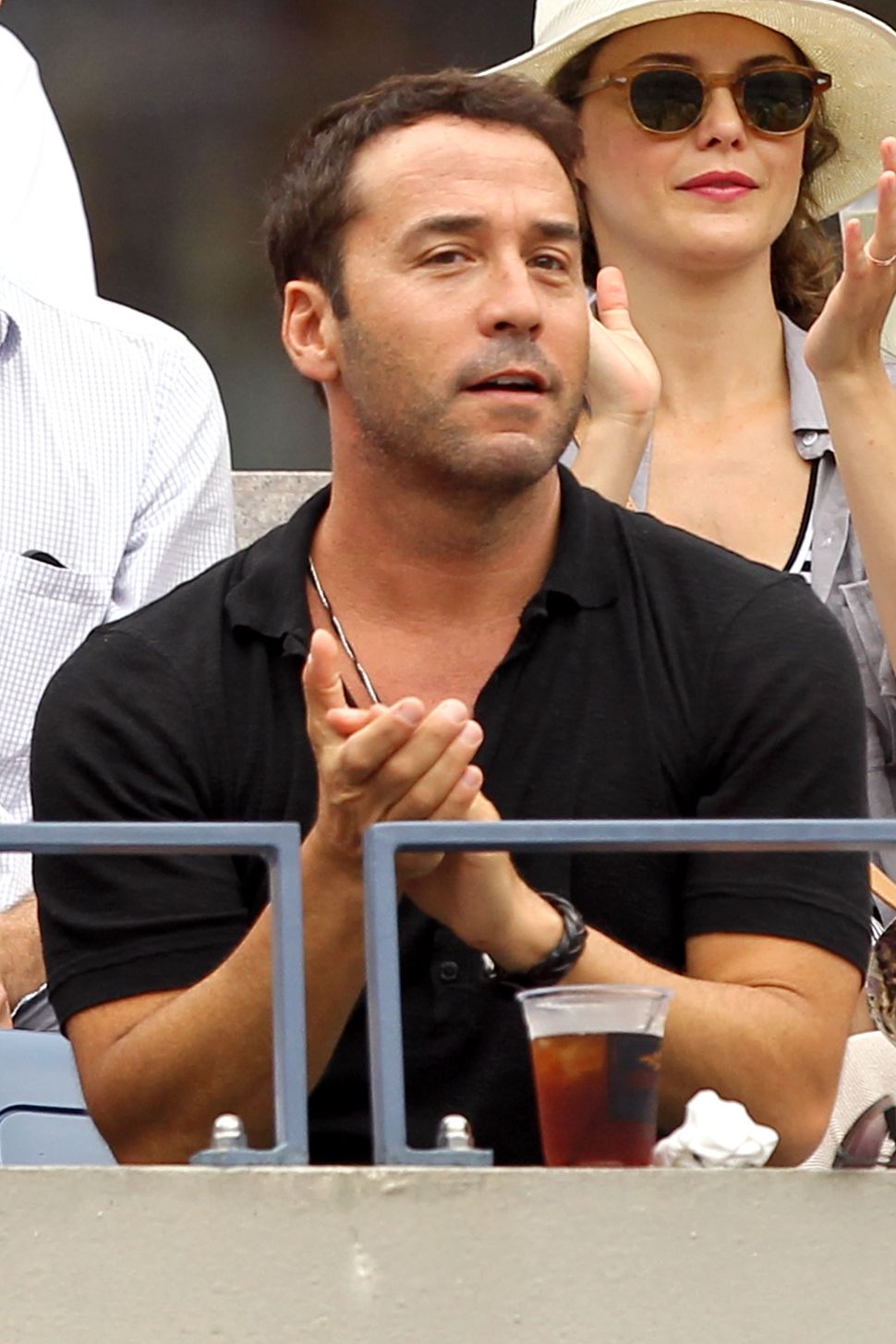