“President Obama is wrong to double-down on the failure of his first economic stimulus plan,’’ said Kean. Despite spending $787 billion, the jobless rate remains at 9 percent, he said.

And state Democrats are wrong, Kean and DeCroce said, to back another such plan, especially when, according to them, Gov. Chris Christie’s policies are starting to turn the state around.

In contrast, the Democrats, they said, spent the previous decade raising taxes 115 times and costing the state 156,000 private-sector jobs.

“We’re not all the way back,’’ Kean said, “but we’re headed in the right direction.

“Some still want to repeat the failed approach of raising taxes and artificially propping up the economy by endorsing Obama’s policies.’’

The press conference was staged today just as the Christie-for-presidency talk has reached new heights, with Kean’s father, former Gov. Tom Kean, quoted in the National Review as saying of Christie: “He’s giving it a lot of thought. I think the odds are a lot better now than they were a couple weeks ago.”

The senator would not add any fuel to that fire today, saying he would just allow his father and Christie to speak for themselves.

Instead, Kean Jr. and DeCroce sought to keep the focus on the November elections.

“Every Democrat on the ballot should separate themselves from the jobs-killing policies supported by President Obama in Washington,” DeCroce said.

But Wisniewski said that what the Republicans don’t understand is that tax cuts for the wealthy don’t “trickle down’’ to the middle class, they only fatten the bank accounts of the rich.

“It’s understandable,’’ Wisniewski said, “That Sen. Kean is in support of policies that benefit the mega-wealthy. He doesn’t understand what working families have to do every day to survive in this state.’’

Regarding the stimulus plan, Wisniewski said the country needs to do something to turn the economy around.

“What is abundantly clear is that the folks who drive our economy, the middle class, are not spending,’’ Wisniewski said. They are spending on gas and groceries, but they are avoiding the discretionary spending that drives the economy, he said.

Buono, Sweeney, and Sarlo could not be reached immediately for comment. 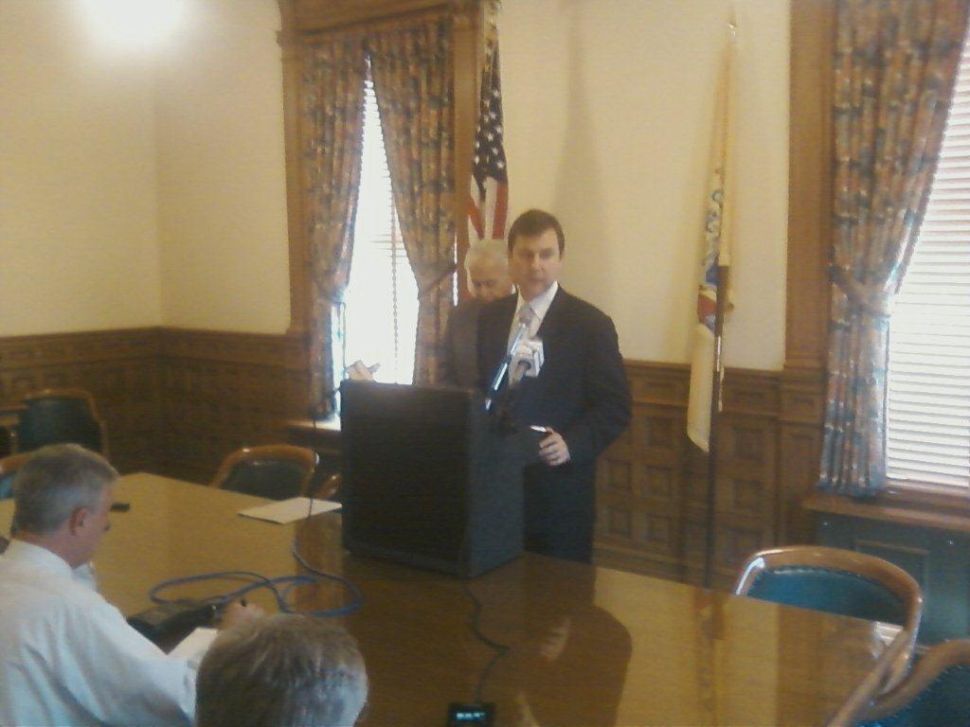