Borders in the Time Warner building

There is a part in that terrible Mila Kunis/Justin Timberlake film “Friends with Benefits,” when the CEO of an unnamed online book resale service is making some grand statement about the human condition by saying something to the equivalent of, “Why does anyone do anything? Why do they still buy books in bookstores? Because people are stupid.” It was almost as clunky a metaphor for love as it was an unsubtle attempt to hide the Amazon logo hiding behind the actor’s head.

But it’s true: Thanks to the strategy Chris Anderson famously dubbed the “Long Tail” in Wired, Internet distributors like Netflix and Amazon have been able to effectively push out their IRL competition over the last several years, making bookstores and Blockbusters obsolete by providing more and more niche products to a larger percent of the population. So in February, when The Borders Group announced its bankruptcy, it was a sad if not entirely shocking bit of news.

If you’re like us and paid for your membership upgrade to Borders one time while you were waiting to catch a plane — why not? — now would be the time to use it. Over the past week, the last of the physical Borders bookstores in NYC have been shuttering one by one. Out of the 45 locations in the state, 39 of them will be closed forever by this Thursday, leaving only six stores TBD on the final axing.

In a morbid use of social network, Borders is using Facebook to announce the end dates of their stores via a page that you can still hit the “Like” button on, which raises that uncomfortable dilemma: If we “Like” the Borders-going-out-of-business page, does that mean we support the bookstore going under, or just appreciate that they are giving us the heads-up? 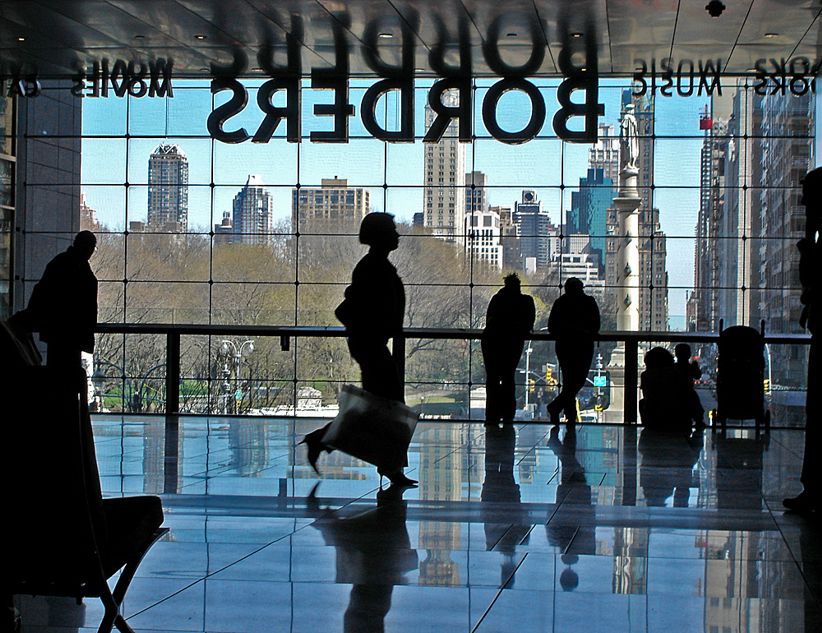