Alisha Smith, a 36-year-old lawyer at the New York State Office of the Attorney General was suspended without pay after the New York Post got wind that the settlement pro spent her nights making very different kinds of binding agreements. According to the Post‘s sources, this matter had less to do with the nature of Ms. Smith’s outside employment, but the fact that she had a second job at all:

The Attorney General’s Office that requires employees to “obtain prior approval from the [Employment Conduct Committee] before engaging in any outside pursuit … from which more than $1,000 will be received or is anticipated to be received.”

Though if Ms. Smith had been making some extra scratch by selling her knitting on Etsy or cutting hair (or hipster panhandling, for that matter), we doubt the A.G.’s office would be so quick to dismiss her. And we’d understand if Ms. Smith worked at the office of district attorney, since Cyrus Roberts Vance Jr. is one botched sex case from getting his own Law and Order: SVU spin-off.

But what is Attorney General Eric Schneiderman’s office worried about here…that Ms. Smith will suddenly confuse her two jobs and misinterpret a request to “debrief” during work hours? Or that Ms. Smith may have been secretly given counsel to fetish buddy Jade Vixen, she of the several dead ex-boyfriends? (The two women were apparently “close,” according to the Post.)

It’s unfortunate that Ms. Smith has been suspended from her job without pay, but then again that just frees up more time for Alisha Smith to become Alisha Spark. And though Ms. Smith was making a nice salary up there at the A.G. office ($78,825 annually), she could make a lot more if she devoted herself full-time to her dominatrix gig (where prices per session can range from hundreds to thousands of dollars). And come on: you know there are a bunch of guilty Wall Street bankers and business CEOs that would pay good money to pretend they were getting spanked by a lawyer working for the state. 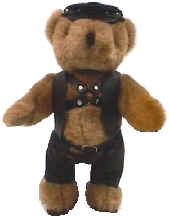