You have to hand it to Levi “Deer in the Headlights” Johnston: he has some schweaddy balls on him. His “tell-all” book tour in New York has taken him this week from the Russian Tea Room to something called “The Men Event,” billed as NYC’s  “largest gay social and business networking” shindig. (They should add the qualifier… “to be held at a Dave & Buster’s.“) It was at that party that Mr. Johnston happened to make a “gay baby” with The Daily’s John Paul Hennessy in a photobooth.

According to The Daily’s Tumblr:

Our staffer managed to coax Johnston into the Gene Machine – a photo booth that takes pictures of two individuals and, using facial recognition software, shows you what your baby would look like.

It was actually a pretty adorable child, but in typical Levi-style, the Alaskan homeboy said that his own baby was “cuter” before dashing off to promote the book he wrote to piss off his son’s  mother and grandma. 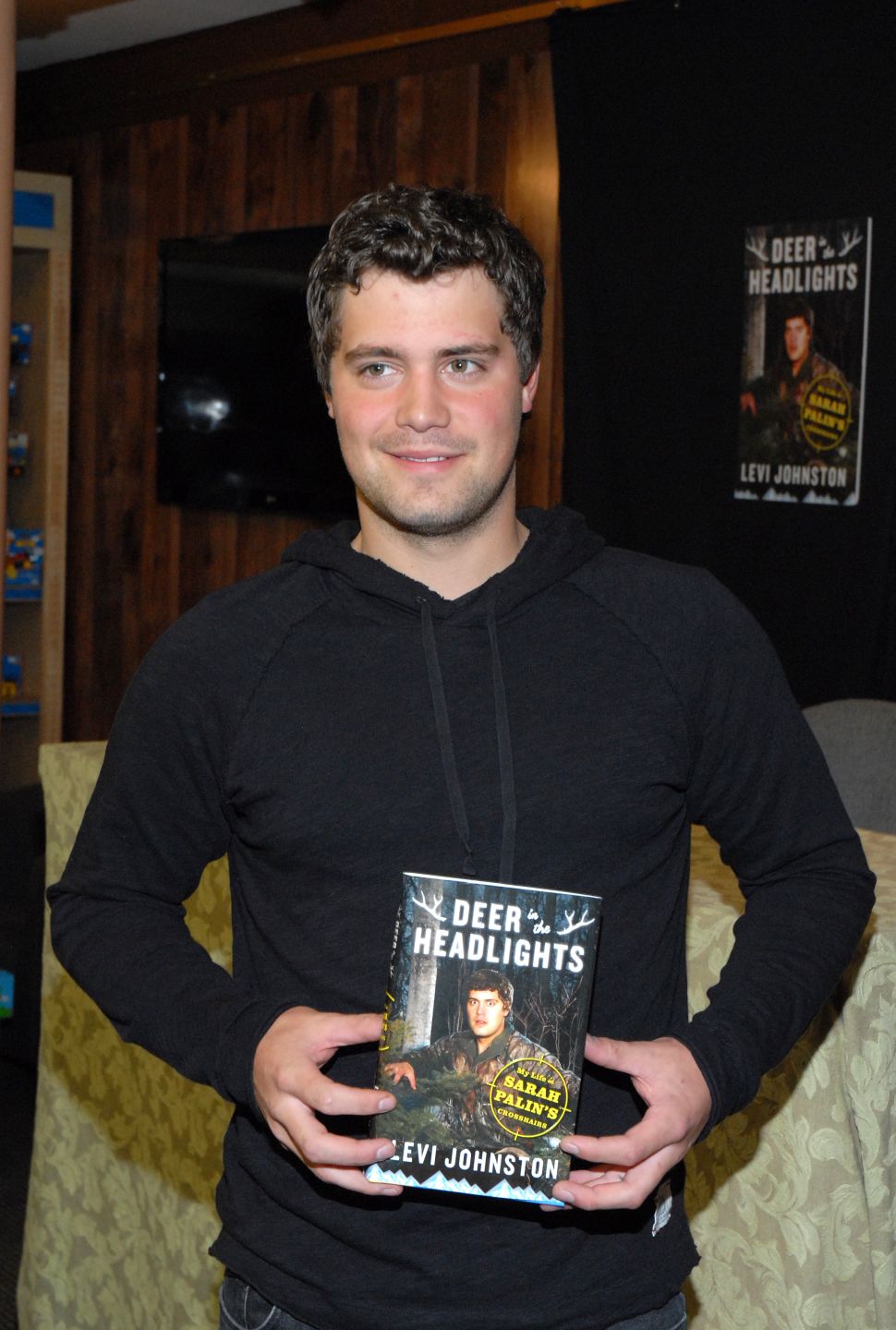