We were wondering what the story was behind the Lindsay Lohan checkpoints at the Dream Downtown earlier this week during the Marc Jacobs party, but were satisfied with the answer that LiLo’s tanty at the V Magazine event the night before was the reason for her Dream-ban.

Page Six tells a much more sordid story of Ms. Lohan’s relationship with the hotel…and its owner Vikram Chatwal, with who she’s been photographed kissing (and has possibly moved in with?), apparently unaware that Mr. Chatwal’s estranged wife Priya Sachdev would be coming back from India this week. This led to a Wednesday confrontation at Dream Downtown between Ms. Lohan and Ms. Sachdev, going so far as to set up a sneak-attack on the couple in the hotel’s basement Electric Room:

Lindsay found out Vikram was hosting a dinner at the Dream, and turned up with a friend at the hotel’s Electric Room, waiting for him,” the source said. “That’s when the trouble started. Priya was very dignified, but Lindsay was so rude. She acted as if she’d had no idea Vikram was married, and tried to make it clear that Vikram was her friend. Others had to step in to calm things down.

Leave it to Lindsay to ruin the Dream before it had a chance to shine. Then again, Mr. Vikram sounds like an idiot of the worst kind: who gets photographed making out with Lindsay Lohan during Fashion Week, especially when your wife is due home in five days? 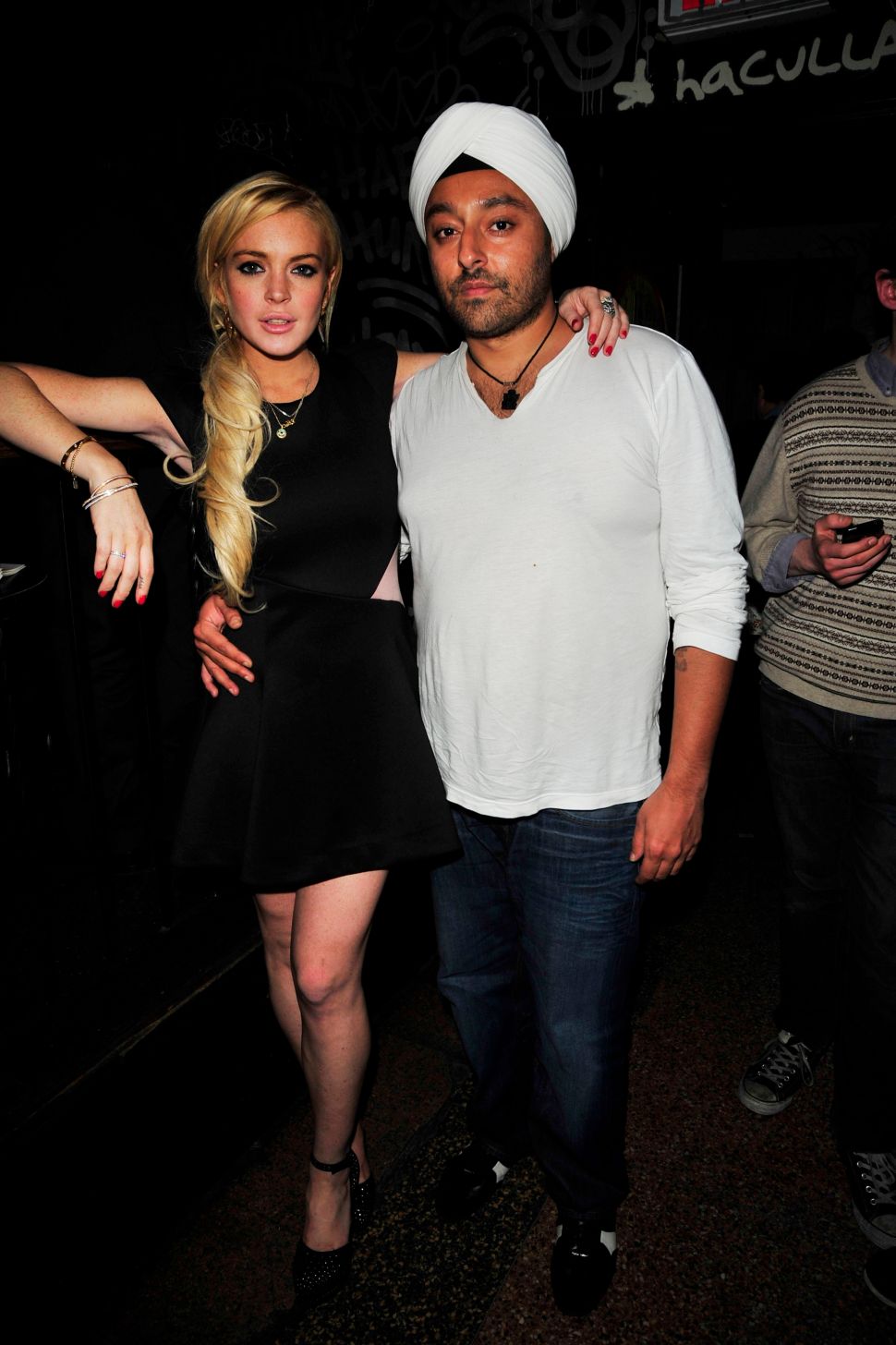