Ian Linker, the Bergen attorney who earlier this year announced his 2012 candidacy for the United States Senate, is exiting the contest to confront a family health issue.

“I launched my campaign for the U.S. Senate because America is on an unsustainable course,” said Linker in a statement. “And for the future of our country I could not sit idly by and allow politicians to destroy the last best hope for freedom on earth. Without bold, principled leadership in Washington, America could become, in the not-too-distant future, a second-rate power along the lines of a half dozen European countries now facing severe crises. Career politicians more concerned about their own re-election have failed to solve our problems and have in many cases actually caused them. They have brought America to the brink.

“My family inspired me to run for the U.S. Senate. Now, I must exit this race for them as well.”

Linker said his wife eight years ago received a diagnosis of Multiple Sclerosis.

“Over the years, her illness has been relatively under control until very recently when it began to rapidly progress,” said the attorney. “I have been dedicating as much time as possible to my family, which has been to the detriment of my campaign. My family must be my priority and to run an effective U.S. Senate campaign I would be neglecting my duties as a father and as a husband given my wife’s current condition. With two young children at home, I have a moral obligation to take care of my family before anything else and must put off running for political office at this time.”

Linker said he hopes and prays that Republicans nominate a principled conservative for the U.S. Senate in 2012 “who cares about making a positive difference for our future. I would look forward to supporting this individual to the fullest extent possible.”

“I want to thank all the wonderful folks who supported me during my brief campaign and I look forward to seeing and working with you all in the future.” 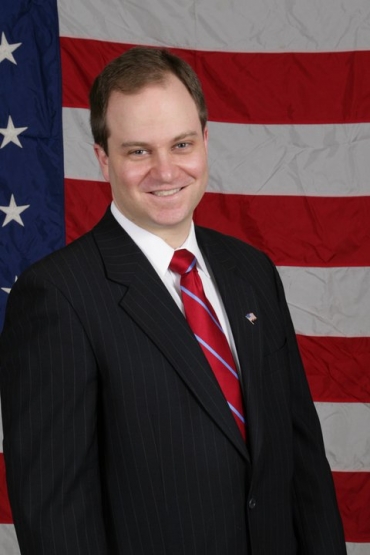