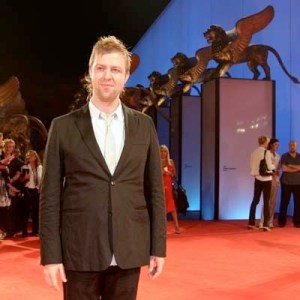 Remember how, last year, the highlight of Macy’s Thanksgiving Day Parade was artist Takashi Murakami in a stuffed animal-like flower costume, grinning and waving to the crowd in all his cartoon splendor? The Pulaski Day Parade — an annual celebration of Polish and American identity that runs along Fifth Avenue this Saturday — may not be on the scale of the Macy’s event, but a parade’s a parade and this time the big moment will belong to artist Piotr Uklanski.

We’ve just heard from his studio that the artist, who had a show with Gagosian Gallery earlier this year, is busy working on a specially designed float called Polski Western, which is also the name of his studio in Greenpoint, Brooklyn, an area that attracted the Polish-born Mr. Uklanski five years ago — he moved his studio from Manhattan — because it is home to many Poles. The float will feature a ten-foot high sculpture of a Polish Eagle made out of balloons modeled after Stanislav Szukalski’s Eagle Monument from 1929. (The parade itself commemorates Kazimierz Pulaski, a Polish-born hero of the American Revolutionary War. )

Mr. Uklanski, who we’ve heard will be driving the float himself, is no stranger to ambitious, provocative artworks based on history and national identity. In 2005 he made a feature-length spaghetti Western, “Summer Love: The First Polish Western.”

Of his float, he said in a statement: “I do believe that this cacophony of self-made, festive decorations speak more about the death of the nationalist symbols than they communicate the vitality of this type of identity politics. Such public, nationalist pageantry as the Pułaski Day Parade seems foreign to non-immigrant Poles (who are visiting New York); this strangeness attracts me as a possible vehicle to critically examine both Polish and American cultures.”

On Saturday, Mr. Uklanski’s “possible vehicle” becomes a real one. And who knows? It may just attract the art world to the Pulaski Day Parade.