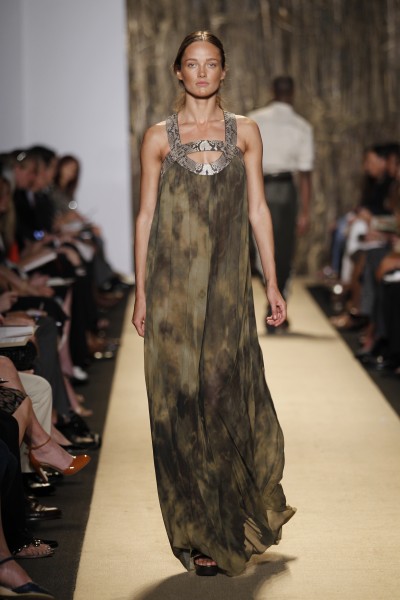 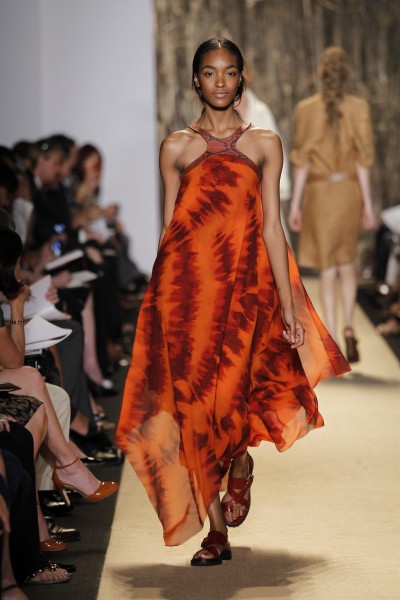 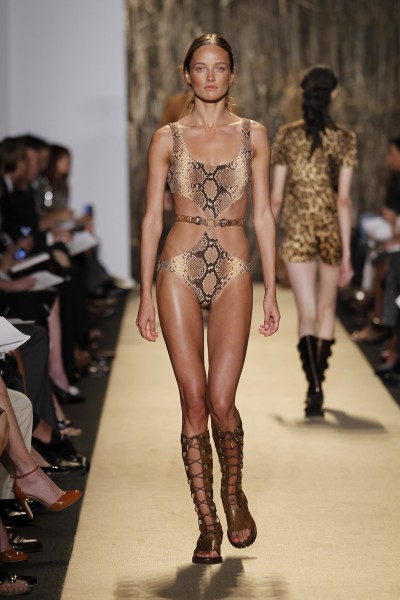 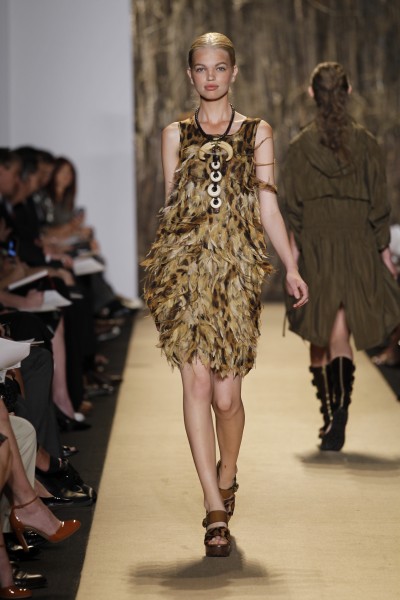 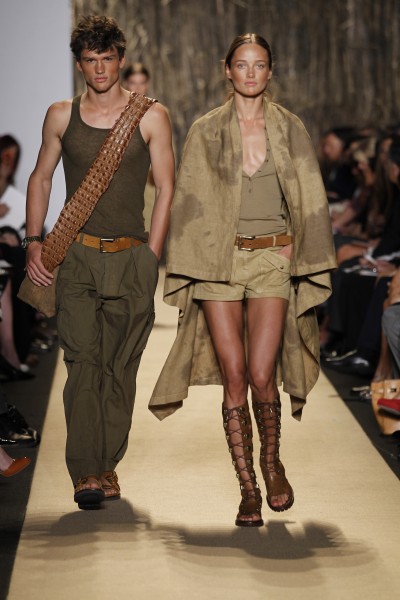 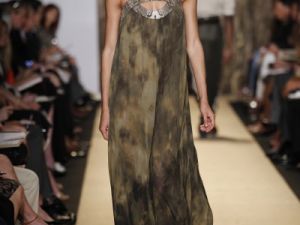 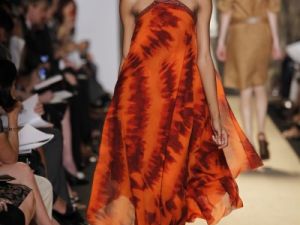 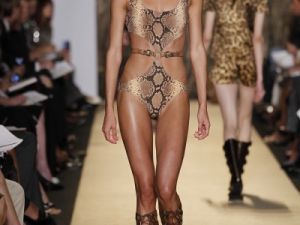 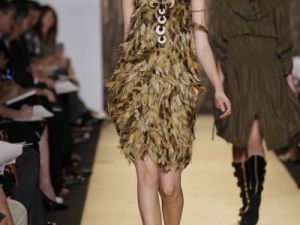 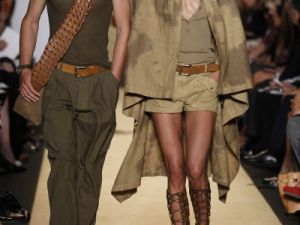 The Michael Kors show was packed this morning. Volunteers tried with moderate success to heard guests and photographers off the runway as Michael Douglas, Rachel Zoe, Anna Wintour, Patricia Field and  Zoe Saldana made their way to the front row. We didn’t even recognize a demure looking Courtney Love, who had tamed  her signature rat’s nest and was wearing a black pantsuit.

A collective gasp was heard when one guest fell as she was taking her seat. Don’t worry, she was a nobody. And she was fine.

“Can evrheeyone please take zeir seats? Zee show is about to start,” a disembodied french voice said over a loud speaker. The pit of photographers at the end of the runway were clamoring incomprehensibly even as the lights were dimmed.

An awkwardly loud musical rendition of Adele’s hit “Rolling in the Deep” soon began to blare and the first models took to the catwalk.

The theme of the show was clearly somthing akin to safari chic, and self-consciously so. In the presentation catalog, the collection is described as the following: “NEW VOYAGER…MEMORIES OF AFRICA…THE RUSTIC MODERNISM OF THE LEBOMBO LODGE…CREAMY TONES OF IVORY, IMPALA AND ANTELOPE…AFRILUXE.”

An impressive sixty-four looks of both men and womenswear were shown, with animal-prints dominant throughout. Ponchos, kaftans, and travel bags with faux-croc skin were included in many of the ensembles. Models sported messy hair with jungle-inspired tangles and wore little make-up.

Not everyone was a fan of the look, however. New York Times style critic (and recent recipient of Gaga’s wrath) Cathy Horyn tweeted “Michael Kors: a festival or Braveheart without the tartan?” while her colleague Eric Wilson wrote that “the collection looked more like hillbillies on safari.” Showing our claws, are we Mr. Wilson?

After the show, Mr. Kors walked the runway, waving to adoring fans and nobodies alike.