For anyone who lives in the city, the iconic “I Love New York” logo usually brings to mind millions of tourists streaming into Times Square like so many locusts descending on a neon crop field. There are entire stores in the city dedicated to selling products featuring the image of a heart where the l-word should be. (For a visual example, look at the image to your left.)

But the “I Love New York” brand is more than just a cheesy tourist item: it’s a state-owned logo that made $1.83 million dollars in licensing fees this year alone. Which when you think about it, is really creepy. You don’t usually go into stores like Macy’s or Saks and expect your money to be going right back into the state government’s biggie bank, but that’s exactly what has been happening ever since New York began selling the trademark in 1994 to everyone from high-end couture lines to novelty shops. The state is even launching its own brand of “I Love New York” scene with perfume company Bond No. 9.

“I Love New York” is even making New York rich when it’s sold out of state (or country). Samira Ali from CMG Worldwide, the state’s licensing agent, told The New York Daily News, “We are huge in Japan. That is our second-largest market.”

We’re all for bolstering New York’s tourism industry (which is where all the millions from the licensing deals are going), but it’s a little Big Brother-y to have the state making deals with fashion lines and suing anyone who tries to use the “I Heart _” trademark without forking over dough. Especially since the logo was given to the state as a freebie by graphic designer Milton Glaser in 1975, and he’s never seen one red cent off royalties for the iconic image. 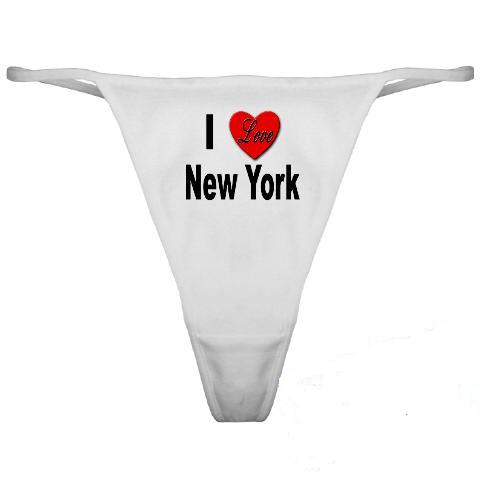