Due to depleted funds from those hit by the recession, as well as a new $15 million initiative by Andrew Cuomo to keep the revolving door policy closed shut to hospitals’ recurring junkie patients, New York City is no longer the cocaine-fueled Wall Street joyride that it used to be.

According to two major stories running concurrently in the New York Post today, not only has the number of accidental cocaine-related overdoses been cut in half since 2006 (from 478 to 274) and 2,000 less coke-sniffing seeking treatment for addiction than in 2009 (7,693 from 9,654), but a new state government policy will involve monitoring hospitals to see how many times they readmit those unsavory, unsaveable junkie patients. New York spends $900 million each year trying to rehabilitate crack addicts and the mentally ill, and Governor Cuomo’s new plan will involve a new kind of patient care:

The watchdogs will monitor the length of hospital admissions with an eye toward curbing unnecessary days. They also aim to slash hospital readmission rates by getting hospital personnel to do a better job of placing patients in outpatient programs.

Of course, if we get the crack addicts into long-term outpatient programs like Narcotics Anonymous, watch for those extra 2,000 addicts from the first study to get reincorporated into those figures, plus some. You see, in 2005 the government did a study that showed 6.3 percent of New Yorkers suffered from “nonspecific psychological distress,” which encompassed everything from eating disorders to general anxiety to…you got it…substance abuse problems. If hospitals admitting the chronically mentally ill patients who also happen to have a substance abuse problem, these numbers on addicts tend to fall through the cracks as part of a more general diagnosis of “lifelong crazy.”

With these watchdog systems in place, look for the number of substance-abuse addicts to skyrocket as overworked hospital personnel are forced to send addicts into outpatient recovery centers instead of readmitting them into the hospitals. Then they’ll start appearing on the statistics again.

As for the dip in cocaine use? Well, that would certainly be a co-signifier with the drop in smoking to prove that New Yorkers are getting healthier in spite of themselves. Without all the expendable cash to blow on nicotine and well…blow, the 80’s desire to live fast and die young (from a heart attack at 30) may now be nothing more than a rolled-up pipe dream. 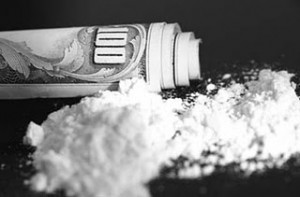