"And they lived happily ever after."

Stanley Kubrick was a perfectionist. The Shining is actually in the Guinness Book of World Records for the most number of takes of a single scene. With that type of fascist filmmaking, you know that anything left on the cutting room floor of the 1980 Stephen King film was cut for a reason.

Still, for those super-fans out there, the Dryden Theater in Rochester New York is having a special screening of the film October 22nd, “complete with a chilling coda cut from the original release.”

Feel free to take Amtrak up to Rochester for the screening, but we’ve seen enough “alternate” versions of The Shining to make an educated guess that it won’t hold a candle to the original.

Just look at Stephen King’s own botched attempt to remake his own story in a 1997 miniseries, starring Steven Weber from Wings:

Or the infamous Simpsons parody:

According to an IMDB forum user who claims to have seen the extra footage, it’s not worth the hassle:

It’s just a short scene between the shot of Jack frozen and the slow pan-up to the photo at the end. There are two people talking about how shocking the events were and isn’t it sad about the wife being put into a psychiatric hospital. That’s basically all there was. It might be 4 minutes long. 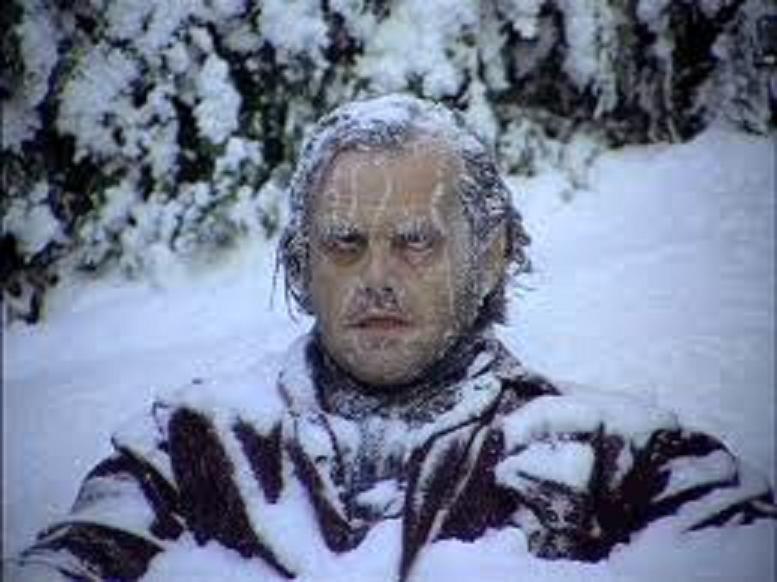