TRENTON – New Jersey Television (NJTV), which replaced the longtime public-funded New Jersey Network, would like to set up a studio at the Statehouse Visitor’s Center to conduct interviews and record segments.

The network is fine with letting other media organizations use the space as well, the State Capitol Joint Management Commission was told today. The suggestion to let other groups use the space was made by the Treasury Department.

There would need  to be a memorandum of understanding drawn up, but that is probably the most realistic space for a studio, one Commission member said.

Shows such as “On the Record’’ and “Reporter’s Roundtable’’ could be filmed there, the Commission was told.

The space would be shared with other media organizations.

The Commission was told that a set could be located in the second-floor center gift shop that is adjacent to the parking garage. NJTV would bring a  lighting technician down to develop a drawing and see what the space would look like.

It was not immediately clear who would bear the costs of the construction.

There are still other issues NJTV needs to settle to accommodate their broadcasts. They include making both legislative chambers and committee rooms compatible to record the “gavel to gavel coverage,” and wiring the building in such a way that interviews could be conducted in hallways and the governor’s office.

The network has suggested setting up “fixed robotic cameras” in the chambers, according to Steven Sutkin, director of the Division of Property Management & Construction.

Committee members seemed favorable to the studio concept, but more details need to be hammered out.

“The devil is in the details,” said William Caruso, vice chairman. 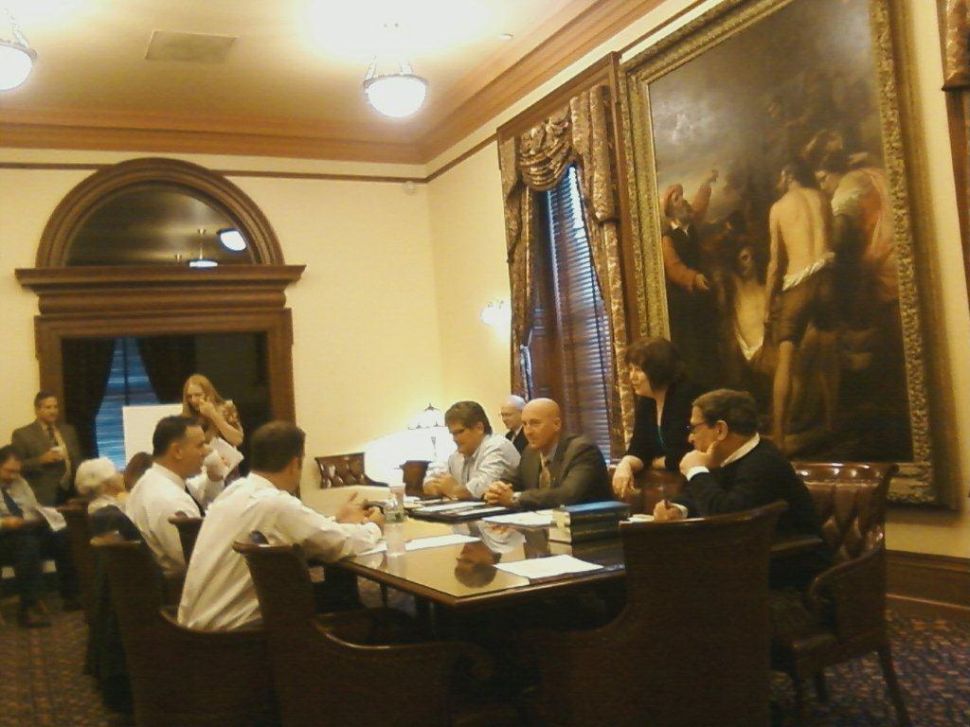