Last night on The Daily Show, Mr. Stewart suggested that Mr. Paul gain some weight (it worked for New Jersey governor Chris Christie) or change his opinions. The media’s bored with his consistency.

At the beginning of the interview, Mr. Stewart asked Mr. Paul was feeling the love from the people and he sarcastically responded, “Oh, all the time, especially the media, they really love me.”

Mr. Stewart asked Mr. Paul why the media would ignore a candidate that ran in 2008 with a strong showing in addition to coming in a close second in the Ames Straw Poll.

“I think it’s two things,” Mr. Paul said. “I think one is, some people don’t want to hear the message ‘cause it’s a threat to them because I’m a threat to the establishment. Some, though, they just flat-out, they don’t understand what freedom is all about.”

Noting the attention lavished upon candidates who accuse each other of “flip-flopping,” Mr. Stewart suggested that Mr. Paul dramatically change stance on some key campaign issues. Or, failing that, he should gain weight because “they all seem to love Chris Christie.” Or Mr. Paul should get a tour bus like Ms. Palin’s (left).

“You don’t always have to convince immediately 51 percent,” he said. “You do need a hardcore people who understand the message.”

For the rest of the interview, go here and here. 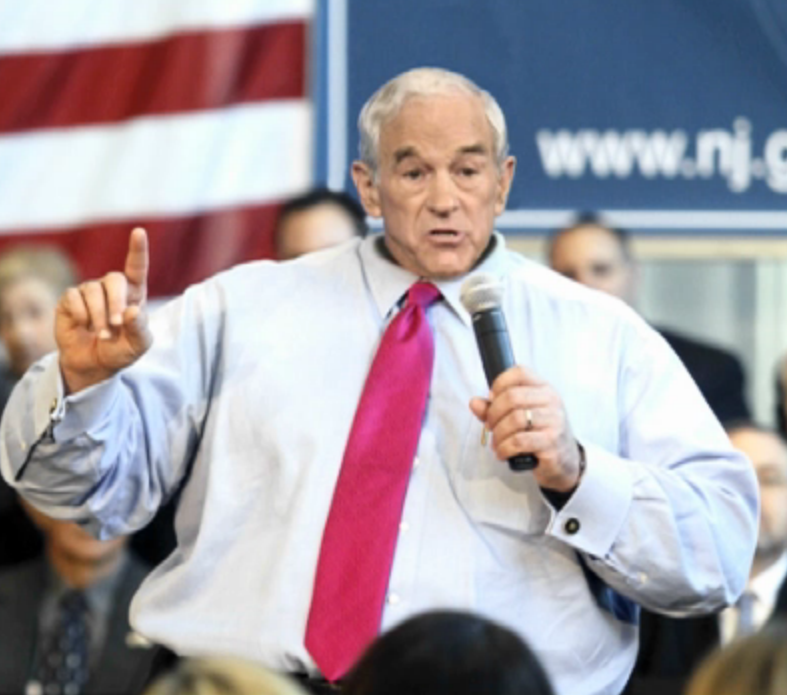