Last night, Shea Hembrey took the stage at the New York Public Library as part of their Live! program to talk about the exhausting work of curating 100 different artists for his recent biennial, Seek. Mr. Hembrey, an artist himself, spoke of the process behind the grueling selection for the book, which features everything from studied portraits to abstract outsider performance art. “It was difficult to choose what to include, because sometimes I’d have to choose only one piece out of six, and then I’d get angry at myself.”

Of course, this frustration was probably multiplied 100 fold, since Mr. Hembrey created all the art — and the artists behind it — himself.

If Mr. Hembrey was trying to pass off Seek as the actual work of other artists, we’d denounce him as the art world’s JT LeRoy or maybe just a nouveau Eric Hebborn, who defrauded the art world in the 1960s with thousands of paintings purportedly by the old masters. But Seek ‘s appeal stems from the fact that Shea is the mastermind behind such a gigantic undertaking: a statement against what he views as the frustrating “slave labor” of modern studios that take their cues from the Warhol Factory mold and employ tons of assistants to do the work of one artists. Instead, Shea took on the lives of 100 different people, each of whom he writes in the voice in the catalog.

“If I was actually trying to curate this show, I’d never have found all this type of art,” Mr. Hembrey told audiences last night, whose work does contain some “found images” in the form of old photographs from the 60s. To create the characters, Mr. Hembrey — an Arkansas native with an M.F.A. from Cornell University — would sometimes create the characters before the artwork, essentially giving life to 100 fictional struggling artists around the world. Other times, he said, he’d work backwards, “I’d create the last thing first…the last image” before developing the character behind it.

He credits his ability to undertake such a seemingly insurmountable post-modern task of being able to create in so many different voices and styles with his upbringing, “The way I grew up, everyone knew how to cook, sew…carpentry.” These skills allowed him to employ almost every type of artistic tool: from grand-scale outdoor features to micro-minimalist visions. To understand how intense of a process creating each person was, here is Shea talking at last year’s TED conference about the portrait featured on the right.

This artist is Gus Weinmueller, and he’s doing a project, a large project, called “Art for the Peoples.” And within this project, he’s doing a smaller project called “Artists in Residence.” And what he does is — (Laughter) he spends a week at a time with a family. And he shows up on their porch, their doorstep, with a toothbrush and pajamas, and he’s ready to spend the week with them. And using only what’s present, he goes in and makes a little abode studio to work out of. And he spends that week talking to the family about what do they think great art is. He has all these discussions with their family. And he digs through everything they have, and he finds materials to make work. And he makes a work that answers what they think great art is. For this family, he made this still-life painting. And whatever he makes somehow references nesting and space and personal property.

So imagine creating that person (or more, sometimes one work will have been created by a collective of artists), giving him an entire back-story…and then repeating the process 99 more times.  Shea’s entire TED speech from this year is worth viewing, if only to understand the mind-boggling amount of time that went into this diverse collection. Plus, the art itself is pretty amazing.

Seek: 100 in 2011—The Inaugural Exhibition is available for purchase on Mr. Hembrey’s website if you have $1,000 to spare: a bargain considering that this amounts to only $10 a character. 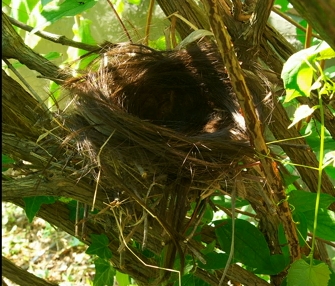