EDISON – In the midst of congressional redistricting, it was fitting to find U.S. Rep. Albio Sires (D-13), West New York, in Middlesex County, where his district includes pieces of the sprawling Democratic turf.

“My district has to grow (by 40,000 plus people), and I would imagine my district will end up including more of Middlesex,” Sires told PolitickerNJ.com.

Sires appeared at the head of the high table tonight in a packed Pines Manor to address his fellow Democrats, aong with Connecticut Gov. Dan Malloy and former Gov. James Florio, who introduced Sires.

“In Washington, people do not want to work with the president,” the congressman said. “They do not care about the direction of the country. They don’t care about anything other than their own philosophy. What is needed is a good left hook.”

Sires has served in Congress for six years.

“People get on the floor and talk about Medicare and Social Security – it’s all about cutting,” Sires said of the GOP. “It’s all about where we can cut the next dollar. They had the audacity to say we could not come up with the money to help the people who had been hurt by the floods.” 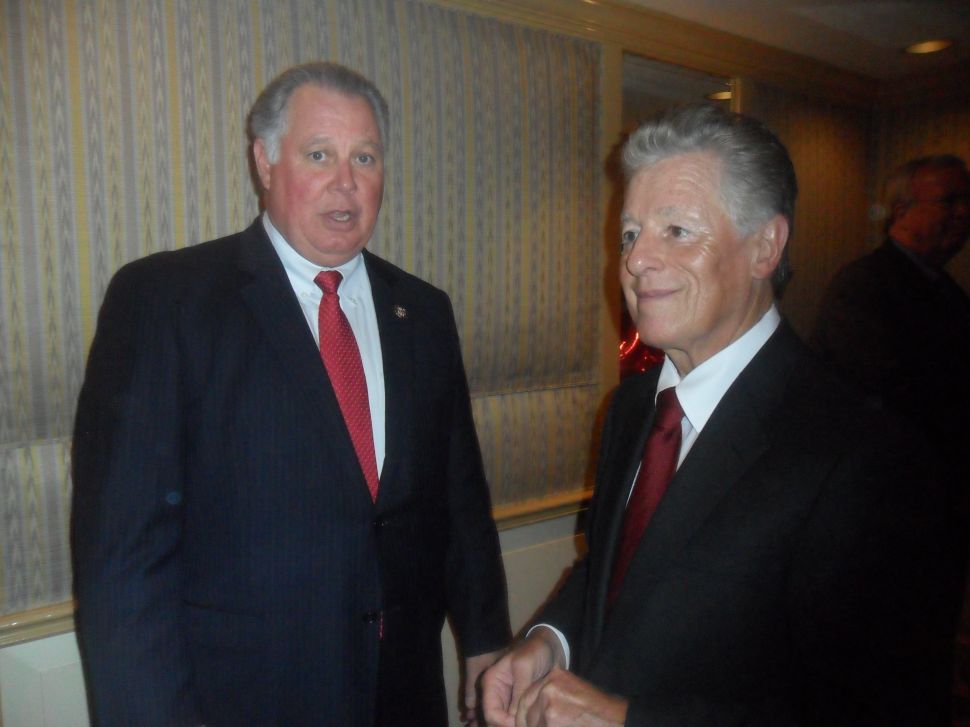