Democratic Senate President Steve Sweeney leads his opponent in the 3rd District Senate race by 19 points, according to a Richard Stockton College/Zogby Poll.

A poll of likely voters gives Sweeney a 48 percent to 29 percent edge over Republican challenger Michael Mulligan.  With a little over a month to go, 21 percent remain undecided.

“Senate President Steve Sweeney may get his bumps and bruises in Trenton, but voters tell him ‘there’s no place like home’ in the 3rd Legislative District,” said Daniel J. Douglas, Director of the William J. Hughes Center for Public Policy, which commissioned the poll.

Democratic running mates John Burzichelli and Celeste Riley, both incumbents, also lead their Republican challengers, Domenick DiCicco and Bob Villare.  The Democrats are in a virtual tie with Burzichelli at 43 percent and Riley at 44 percent.  DiCicco trails with 29 percent and Villare with 28 percent.

Gov. Chris Christie is popular in the Democratic-leaning district with 56 percent of those polled having a favorable opinion of the governor against 43 percent who view him unfavorably. 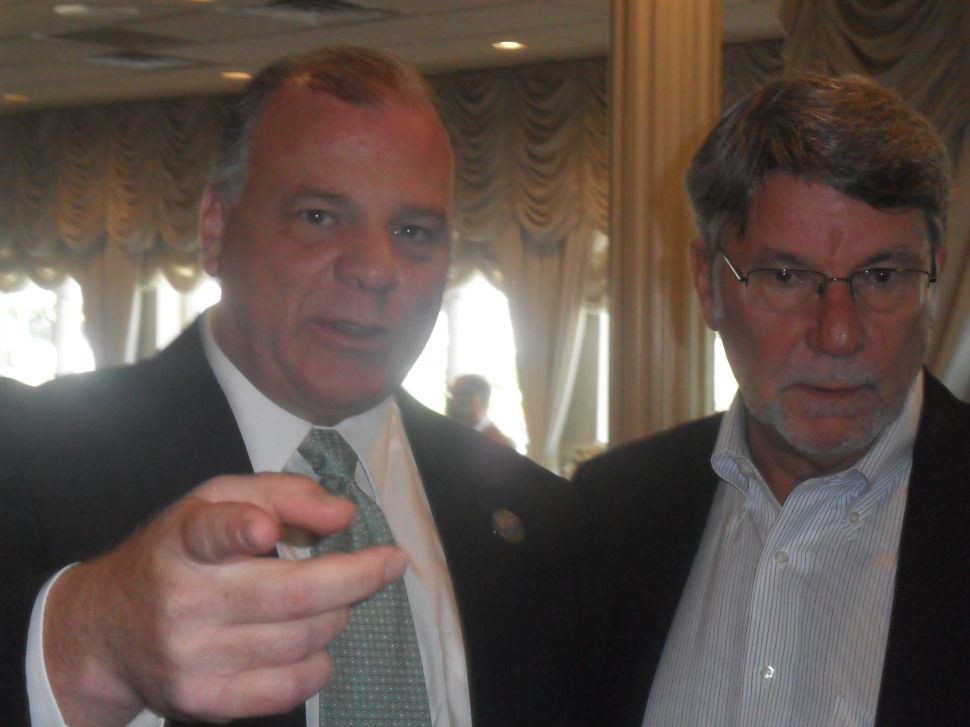