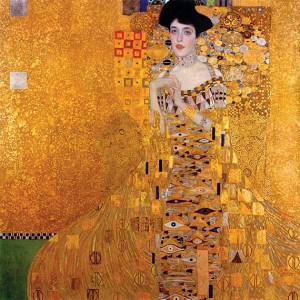 Leading up to the post-lunch speech, half the crowd stocked up on coffee and desserts from the buffet table in the other room. The other half pushed back from the table slightly to watch the proceedings with crossed legs and fingers on chins.

The topic of conversation was “Inside the Modern Market,” a title that belied how tricky it is to actually understand the thing.

“From the outside looking in, everyone wants to see a graph, everyone wants to see a chart,” Mr. Acquavella said. “If you just looked at the auction market, you would think that Matisse was a quarter of the value of Picasso, but I think everybody up here knows — and probably most people in the audience — that great Matisses have sold privately for well in excess of $50 million dollars, and if the right one were to come up, it could easily bring over $100 million at auction.”

The panel came together on the topic of transparency, and the difficulty in judging the value of a modern work. (An early panel topic was how nebulous the very term “modern” is, meaning essentially pre-“contemporary”). Given their scarce supply, modern works aren’t traded as frequently as contemporary works, and everyone agreed that there was a murkiness in establishing what should cost what. Somewhat fittingly, each man onstage had a lamp stationed just over his shoulder.

“My father has told my brother and my sister and me stories about how there used to be a time when no one thought something would sell for $10 million,” he added.

But how does one invest? Mr. Nahmad seemed to think the international market was the way to go.

“All these new regions entering the market,” he said. “You have Russia, China and the Middle East. Those are the three biggest forces entering the market, so if you want to buy purely as a market, you have to really be able to foreshadow where those regions’ tastes and sensibilities are going to be in the future.”

Mr. Bennett didn’t disagree, but put his faith in names.

“I think if you polled everyone in this room or on the street,” he said, “and asked them to name some of the famous artists that they knew of, I assure you Pablo Picasso would be there, Vincent van Gogh would be there, and the Mona Lisa would be there — people not realizing she’s not an artist.” Chuckles from the crowd. “But those are the sort of artists that spring to mind so I think there’s value in the market in van Gogh, which seems ridiculous because van Gogh paintings sell for over $100 million , but I’m not talking about oils I’m talking about works on paper.”

“Though,” he added, with mock self-effacement, “I do have a van Gogh collection.” More chuckles.

“Yeah, I was going to say,” Mr. Maneker interjected.

“And you have a Miro!” Mr. Acquavella said, pointing at Mr. Nahmad, who had discussed the artist’s market earlier, at Mr. Maneker’s request. Across the stage, Mr. Nahmad, with a cheek in his hand, smiled.

“I always feel that’s an extremely dangerous approach,” Mr. Acquavella said shortly after that. “To look at the art market as an investment. Because you tend to make compromises in your decision-making and then you can kind of fall into the category where you’re really speculating.”

“I only want to interrupt,” Mr. Maneker interrupted, “by saying for buyers, yes, but professionally you guys are intermediaries.”

“Yeah,” Mr. Acquavella said. “But we have to think like buyers, we can’t think like investors. When our family sits down trying to figure out if we want to bid on something at auction, or buy something, we kind of come at it as, ‘Okay if we can’t sell this, are we happy to own it?’”

“When you’re trying to figure out what’s going to be the taste in 10 to 15 years, you almost have to focus on what it is now,” he said, “and just hope the market keeps up with you. Because, in a way — and take this in the right way — you also have to determine the taste, a little bit.”

Near the end of the discussion, Mr. Nahmad gave a crash course in protecting one’s investment at auction.

“When I’m buying an artist,” he said, “I have to make sure that I can afford to keep buying that artist every single time he keeps coming up at auction. If the price is what I find to be very low, if I own 10 examples of an artist and the 11th example comes up at auction, and I believe them all to be worth at a minimum of $1 million each, for example, and the 11th one comes up and its selling for $700,000? Iif I allow that trade to go down at $700,000, than theoretically that would mean that my 10 other comparable paintings are all worth $700,000. That would not be a good investment on my part, so I would be forced to bid on it — the idea behind that, the science behind that, is I would either acquire the 11th work at a good value and I’d be happy to do that or if somebody outbid me, I would stop bidding at say $1 million and it sells for $1.1 million or $1.2 million, then my 10 other works are now presumably worth 1.2 million.

“You need a little bit of capital to play that game,” he said. “I don’t think it’s so much of a game, I don’t like to call it a game, but sometimes it unfortunately plays out that way.”

After the conference, The Observer caught up with Mr. Maneker, who seemed pleased with how things had gone.

“I’m sorry I couldn’t get a fistfight going for you,” he joked. “I tried. The funniest part is beforehand they were talking out there,” he gestured to the lobby, “talking about something in a very lively way and I said, ‘Save it!’ and of course when they get up there they’re all circumspect.”

“That’s the danger of letting them get it out in the green room,” he sighed.