Look, we couldn’t be more psyched about the new Muppets movie. Everything we’ve seen so far about the film looks great — Jason Segel, musical numbers, tons of cameos and pop culture nods — it’s all there. But with the Muppets long history of pop culture parodies, we’re baffled as to why they chose The Girl With the Dragon Tattoo to spoof in the latest trailer for The Muppets.

It’s hard to believe that in the entire process of putting this trailer out that no one stopped and said, “Hey, I’ve read/Wikipedia’d this book. Isn’t there a lot of gang rape and child molestation in it?”

To which Miss Piggy most likely replied, “Hi-ya!” before karate-chopping that nosy marketing guy in the throat. 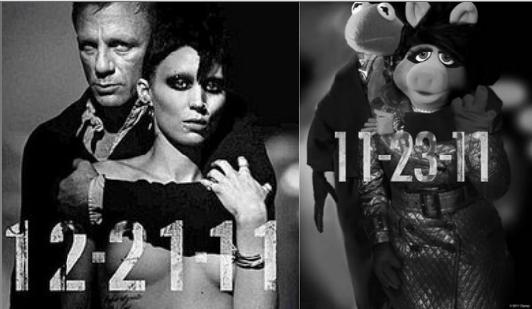