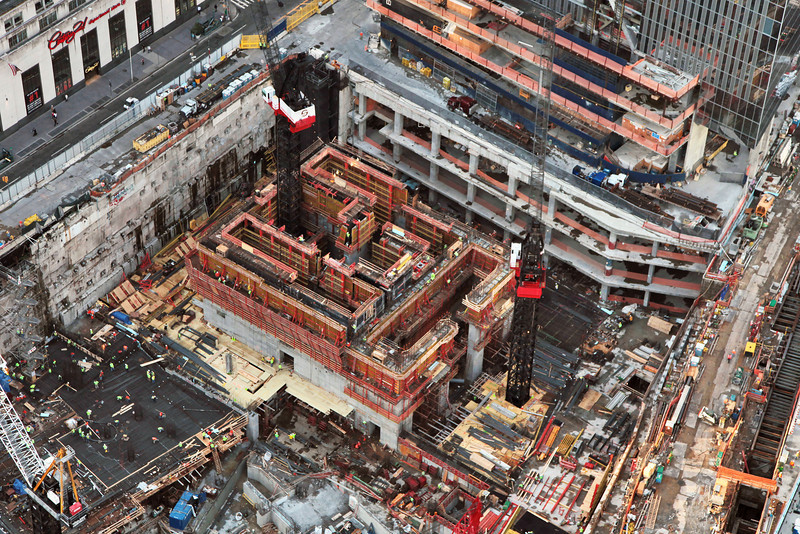 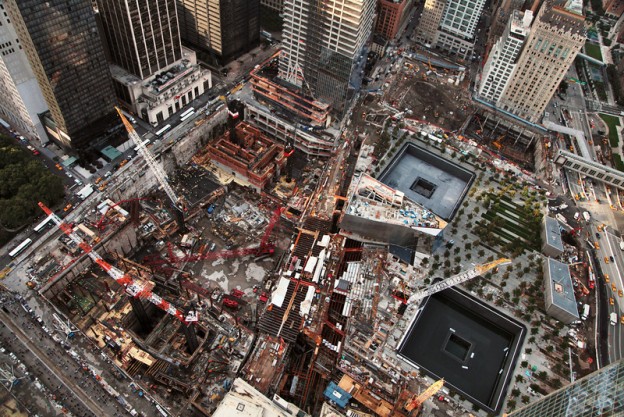 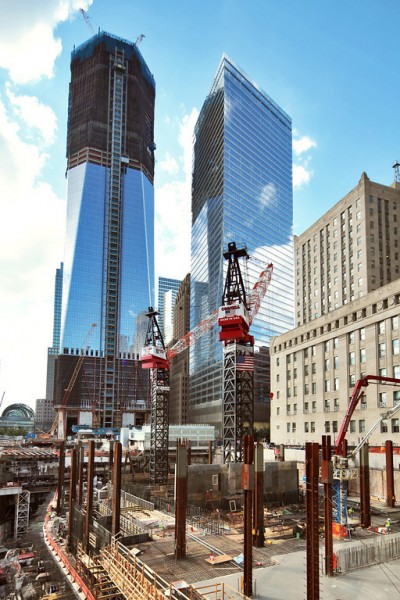 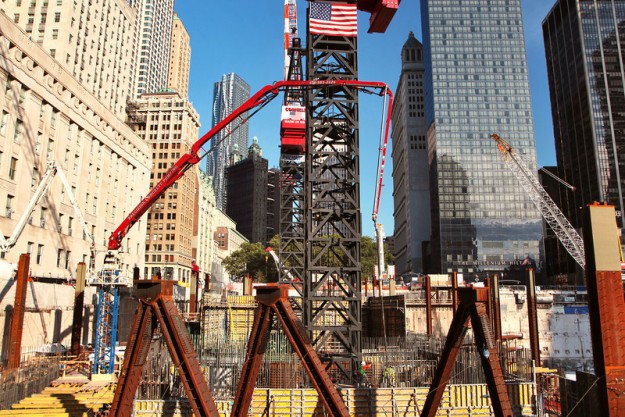 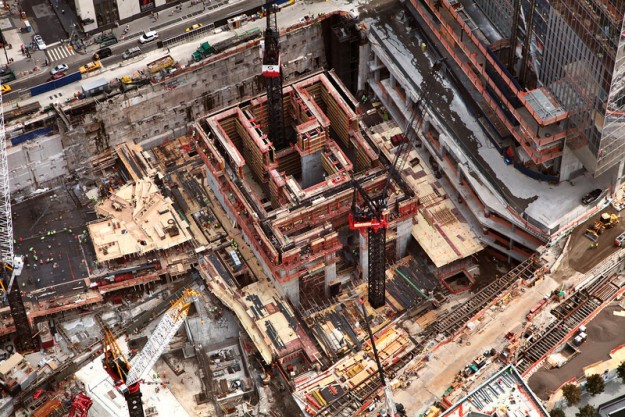 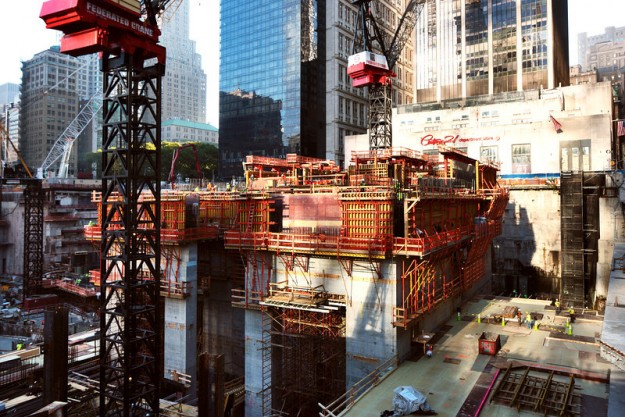 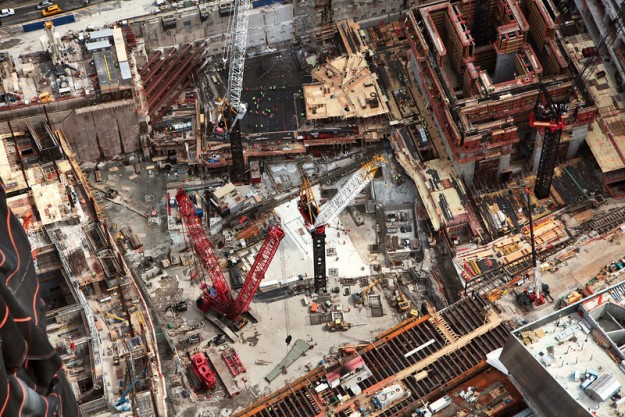 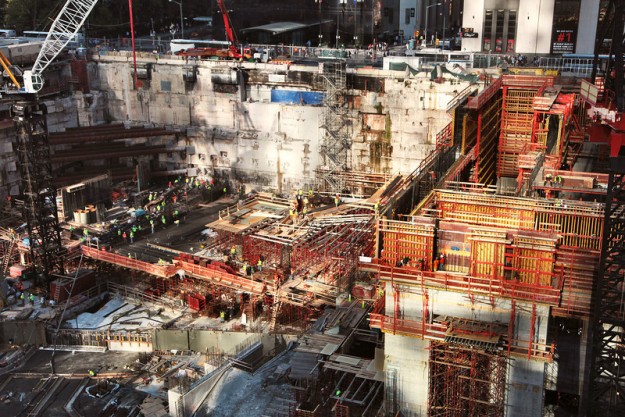 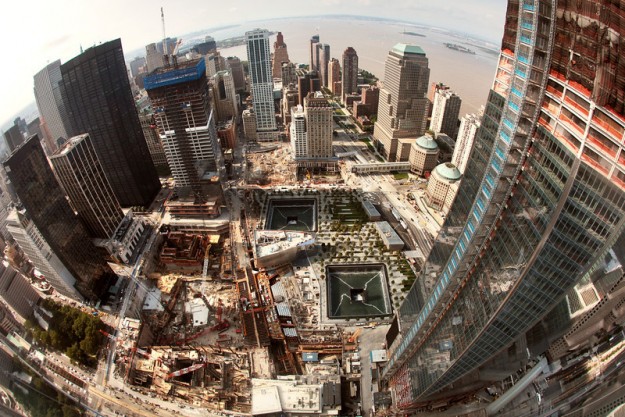 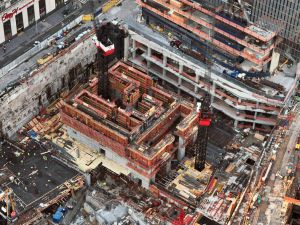 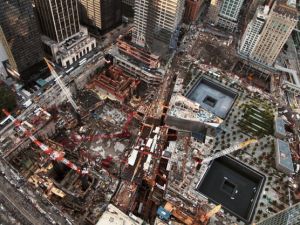 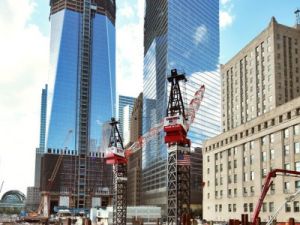 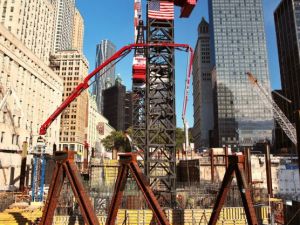 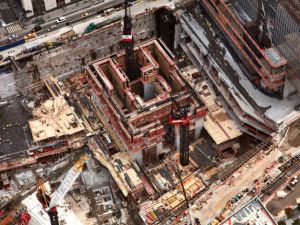 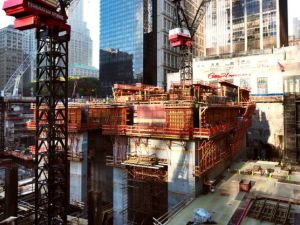 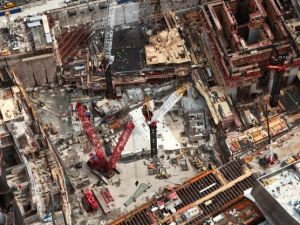 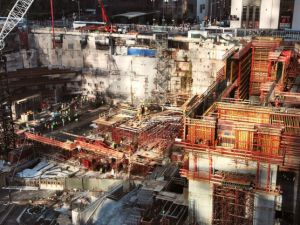 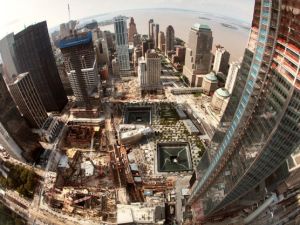 During a tour of the World Trade Center recently, The Observer marveled at the progress taking place on Norman Foster’s 200 Greenwich Street and Richard Roger’s 175 Greenwich Street—better known as Tower 2 and Tower 3. It was cool to see the foundations being laid many stories below, especially since progress on these projects is invisible from the outside due to the extra-high construction fencing obscuring the view of most buildings. But it turns out, as our guide informed us, that both buildings have now reached street level.

Just to be sure, we checked with the higher-ups at Silverstein Properties, and they confirmed that the concrete core of Tower 3 and the steel columns of Tower 2 were indeed past the street. (For those who read our piece in this week’s 9/11 series, you’ll know the reason one has steel higher and the other concrete is because Tower 3 is only the second office building in the city to have its concrete core rise ahead of its steel frame, and even that combination was unheard of prior to the construction of nearby 7 World Trade Center.)

This is only a minor milestone, but still a symbolic one. Remember the big deal everyone made when 1 World Trade Center crested above the street? And that was only three years ago. Back then the site was mostly empty, and it seemed as though nothing would ever get built. Today, a public park is about to open there and 1 World Trade Center is the tallest structure downtown.

The fine folks at Silverstein also informed us that at Tower 3 the third basement floor—we’re counting in reverse, so that’s three down from the lobby—is nearly complete, while Tower 2 is finished up to the second basement floor, with construction underway on the first basement floor. Meanwhile, over at soaring Tower 4, designed by Fumihiko Maki, the steel structure is complete to the 50th floor while the concrete slabs are finished up to the 41st floor.

How high towers 2 and 3 will rise remains to be seen. Per the 2008 agreement reached between Silverstein Properties, the city and the state, which was not finalized until last year, the developer can hold off on completing the towers until he has tenants in place, which could take years, or even decades in the case of Tower 2.