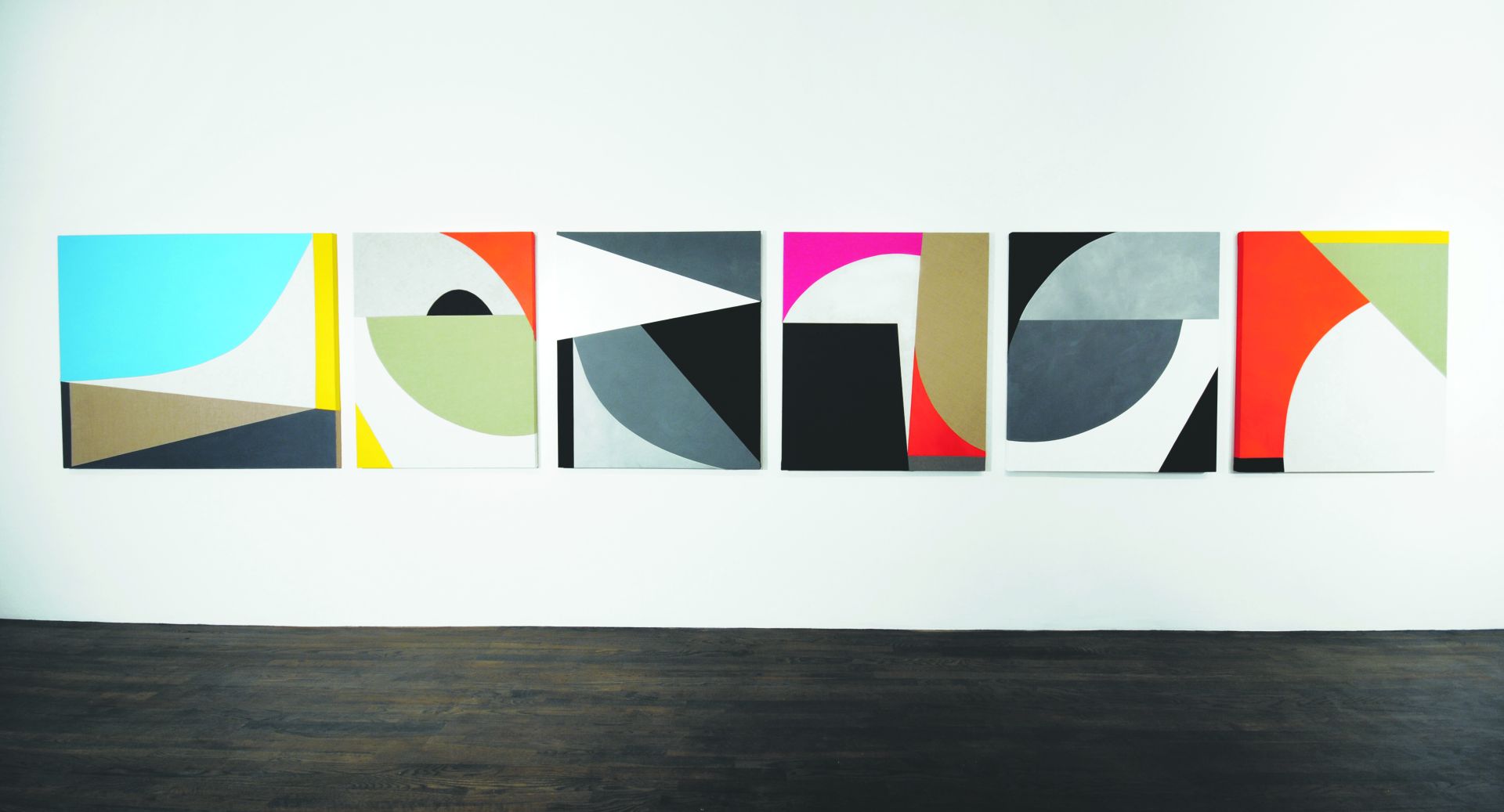 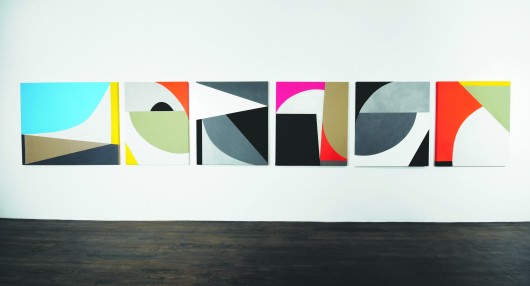 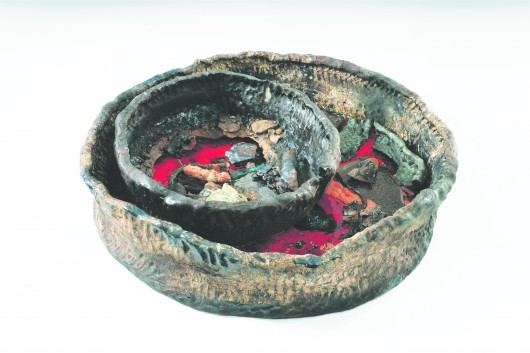 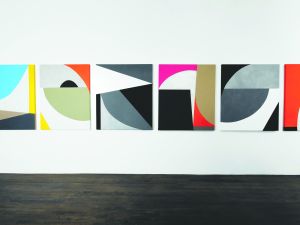 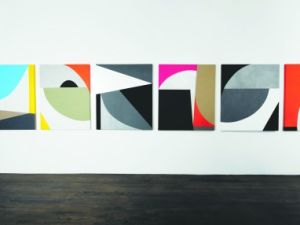 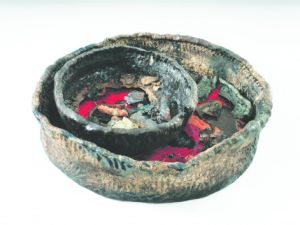 What we’re most looking forward to in art galleries this season.

Sarah Crowner, “Acrobat,” at Nicelle Beauchene
Sept. 7-Oct. 23, 2011
A standout at the 2010 Whitney Biennial, Sarah Crowner returns for her sophomore show at Nicelle Beauchene with new examples of the brilliantly colored fabric paintings that she stitches from a variety of textiles. Artists like Blinky Palermo and Sophie Taeuber-Arp are clear inspirations, but only superficially. Ms. Crowner has conceived of one piece as a stage backdrop and has made six separate paintings that seem to flow together as one. She has also become known for her rough-hewn ceramic sculptures, but here she offers smooth wood ones, their surfaces seamlessly translating her strange geometries into three glorious dimensions.

Richard Pettibone, “Recent Work,” at Leo Castelli Gallery
Sept. 10-Oct. 22, 2011
The Castelli Gallery opens the season with paintings of Campbell’s Soup cans, silkscreened flowers and a Benday-dot housewife cleaning a refrigerator. No, it’s not a show of Warhol and Lichtenstein; the man behind these pieces is Richard Pettibone, who has been making exact, usually miniaturized copies of iconic artworks for more than four decades. Mr. Pettibone first showed at Castelli—which represented many of the artists he aped, from Warhol to Stella—way back in 1969. His career is a reminder that appropriation —or theft, call it what you will—has been embedded in the fabric of contemporary art for as long as anyone can remember.

Sterling Ruby/Lucio Fontana, at Andrea Rosen
Sept. 10-Oct. 15, 2011
Though Sterling Ruby’s pornographic film installations and hulking sculptures have gotten the most notice of late, it’s worthwhile to remember that the Los Angeles artist first hit the art world map as a hyper-inventive ceramicist, which is one side of his practice on display in this pairing with the late Italian artist Lucio Fontana, whose splintered, drippy and still somehow elegant ceramic works, dating back a half century, Mr. Ruby’s pieces often eerily resemble. Also on display will be bronze pieces by both artists and Fontana’s iconic copper “cut” paintings.

Anicka Yi, “Sous Vide,” at 47 Canal Street
Sept. 21-Oct. 23, 2011
In recent group shows, the young New York artist Anicka Yi has presented the following works: a light box covered with potato chips and Cheetos dust; an aluminum pot filled with powdered milk, palm tree essence and antidepressants; and a floor made of bread dough (a collaboration with artist Ajay Kurian), which was later baked into fresh loaves. While all that could smack of gimmickry, Ms. Yi has consistently been able to charm rare sensations from the most banal of objects. Here’s hoping she does the same in her first one-person show at the Canal Street gallery that represents her.

Georges Braque, “Pioneer of Modernism,” at Acquavella Galleries
Oct. 12-Nov. 30, 2011
Acquavella says that this 50-painting show by the Cubist master Georges Braque will be the most substantial show of his work in New York since the Guggenheim’s 1988 retrospective, and it arrives just as his paintings are fetching increasingly large sums at auction. Unlike Picasso, his onetime compatriot and competitor, the restless innovator who has dominated museum-quality gallery shows in recent years, and who is generally acknowledged to be the modern artist par excellence, Braque spent most of his 60-year career diligently pursuing the possibilities of Cubism and Fauvism. Braque’s was a lengthy journey, one that art historian Dieter Buchhart will attempt to chart as guest curator.

Christopher D’Arcangelo, at Algus Greenspon and Artists Space
Oct. 15-29, 2011
Like his father, the late Pop painter Allan D’Arcangelo, Christopher D’Arcangelo is finally receiving recognition after years of neglect. A pioneer of institutional critique—a type of art that takes on the power structure of the museum and gallery settings in which it’s shown—D’Arcangelo chained himself to doors at the Whitney in one action, and in another stipulated that his name be removed from a gallery card for a show at Soho’s Artists Space. Now, somewhat ironically, that nonprofit  is presenting the first exhibition of his work since his suicide in 1979. Algus Greenspon’s show will focus on facsimiles of documentation of the artist’s work at N.Y.U.’s Fales Library, along with responses to it by a variety of exhibitors.

Michael Krebber, at Greene Naftali Gallery
Oct. 20-Nov. 19, 2011
“Krebber is like a club you can’t get into,” the artist and critic John Kelsey once wrote, “until you realize the club was built for you and you only, and maybe you are in it now, trying to describe the view to somebody back in Cologne.” Which is to say that the pleasures of Mr. Krebber’s art can be obtuse and circuitous until you decide to take what he gives you and make it your own. Though he’s best known as an almost comically reductive painter, his previous show at Greene Naftali consisted of windsurfing boards that he had sliced into segments and hung on the wall. How will he top that? It will be thrilling to find out.

Marilyn Minter, at Salon 94 Bowery
Oct. 28-Dec. 4, 2011
Bold, sexual and laced with a dark edge, Marilyn Minter’s photographs and paintings of dirt-splattered legs and violent neon lips have become, after only a few years, definitive documents of George W. Bush-era America. After a show of her occasionally pornographic 1980s paintings at Team Gallery earlier this year, this show of new work is easily one of the season’s most anticipated.

“Richard Pousette-Dart: East River Studio,” at Luhring Augustine
Oct. 28-Dec. 17, 2011
New York painter Christopher Wool, whose art has long involved a complicated, nuanced conversation through the history of Abstract Expressionism, adopts the role of curator in this show of works by one of that movement’s masters, Richard Pousette-Dart, who taught Mr. Wool in art school. The focus here is on the densely layered paintings that Pousette-Dart produced while working in New York from 1946 to 1951, many of which were cut down from larger canvases to fit comfortably inside his studio and gallery. Prepare for surprises: some of these pieces have not been shown publicly in half a century.