We were willing to give NYPD’s Deputy Inspector Anthony Bologna the benefit of the doubt when we called the video of his pepper-spraying defenseless female protestors on Wall Street last Saturday a case of “alleged” police brutality. We even somewhat sympathized with him (well, at least his family) when Anonymous leaked all his personal information to the Internet on Monday.

The New York Observer was reserving judgment on Officer Bologna, because there is a lot of misinformation being spread out there by both the NYPD and “Occupy New York” sympathizers. But now a second video has surfaced of Bologna using the pepper-spray on another group during Saturday’s protests, just to get them out of his way.

The New York Times said Bologna’s nonchalant attitude “looked as if he were spraying cockroaches.” Then it turned out that this particular officer has a history of complaints regarding protestor abuse. The longer the NYPD sits on this, the worse it’s going to get, as evidenced by Lawrence O’Donnell’s seven minute tirade demanding the heads of Officer Bologna and his superiors at police department.


NYPD spokesperson Paul J. Browne told The New York Times‘ that the deputy had used the spray “appropriately,” and that it was deployed only once during the protests. We’ve put in a request to the NYPD’s press department for an updated statement now that this second video has been released. We’ll update if and when we get a response. 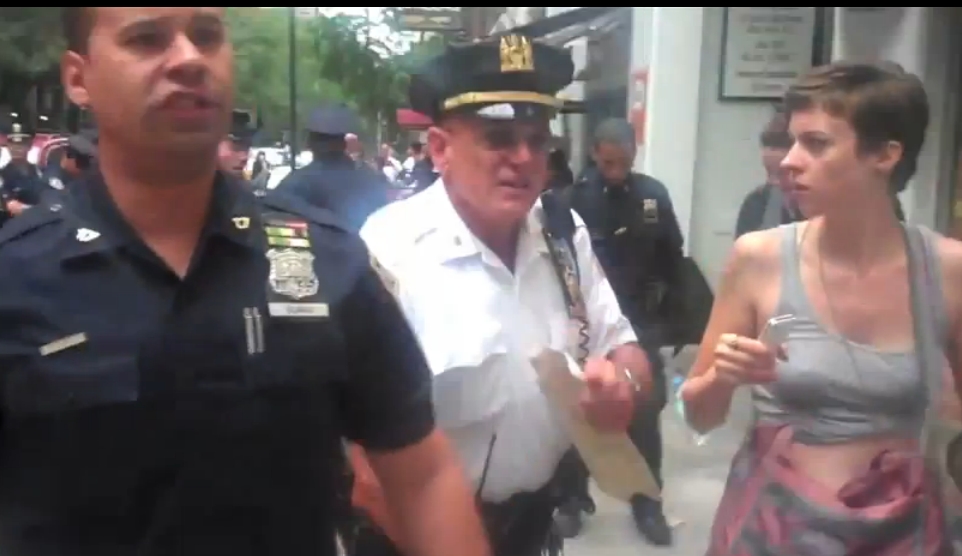