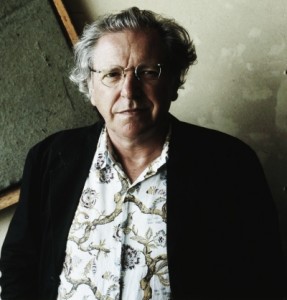 The proliferation of international art biennials continues. Culture officials in Ukraine announced that the nation will debut a biennial in Kiev, Ukraine, in May of next year. Leaders have selected a seasoned curator, David Elliot, who organized last year’s Sydney Biennale, as artistic director of the event, which will be held in the capital city’s National Culture and Art Museum Complex.

“Due to the first Kyiv Biennale,” Ukrainian minister of culture Mykhailo Kulyniak said in a statement, “Ukraine will present its new image to the international art community—an image of the country for the 21st century.”

Like leaders in New Orleans, Singapore, Athens and Bucharest, which have all launched biennials over the past decade, Ukrainian leaders are trying to reshape their international profile at the same time that they work to bolster tourism.

Mr. Elliot previously directed the first Istanbul Biennale and served as founding director of the Mori Art Museum in Tokyo and director of the Moderna Museet in Stockholm, Sweden. He has picked an epic and foreboding title for his Kiev debut: “The Best of Times, The Worst of Times, Rebirth and Apocalypse in Contemporary Art.”

In a statement, Mr. Elliot said that he would “offer a new vision of the country and its art, which can be quite valuable for the development of the global artistic context.”