When we said yesterday that the Wall Street protests seem to have trickled down to “mostly people hanging out,” we assumed that the #OccupyWallStreet project, in part instituted by the Internet group Anonymous, was over.

Yesterday saw seven more arrests, which is more than the compiled total of the previous days. Neither was it all calm and peaceful protests, either: According to website Death and Taxes, the NYPD are being accused of using “excessive force” in tearing down the tents the groups were using to stay out of the rain.

This video has also been circulating, showing a man getting arrested and dragged out on the street:
There have also been several uploaded YouTube videos about the event,


The NYPD say that they have released most of the arrested on disorderly conduct charges, while one of them has suffered a “mild leg injury.” 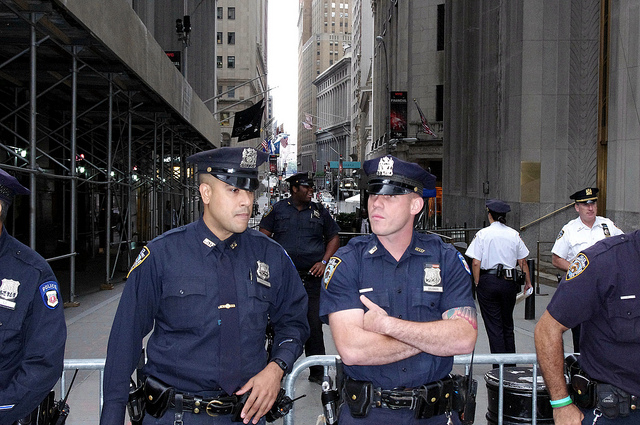