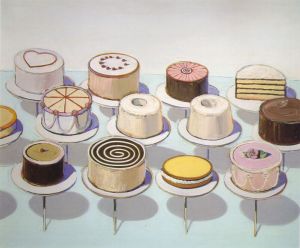 Thank you for visiting GalleristNY. Beginning today, the site will provide a detailed, focused chronicle of the international contemporary art world from the vantage point of New York. We hope that you will follow along, on Twitter and Facebook.

GalleristNY will expand on the rich visual arts coverage that The Observer has already been doing in recent months in print and on the web. In case you missed some of those articles, here are a few of our favorites, written by members of the GalleristNY team:

– Dan Duray spoke with art-market analyst Noah Horowitz about what could happen to the art market if we slide into a second recession, which looks increasingly likely, and documented the Haunch of Venison gallery’s move into Chelsea.

– I wrote about the state of the New York art world and made some predictions for the future.

What to make of our name? The Observer‘s culture editor, Sarah Douglas, explained it to FishbowlNY yesterday. “‘Gallerist’ is a neologism the art world pretty much invented a few years ago as a substitute for ‘art dealer,’” she said. “We are reinventing it yet again, or at the very least appropriating it, to designate ourselves, as people who frequent galleries — whether they be commercial art galleries, galleries in museums, galleries in auction houses, or, say, the galleries that parks become when installed with public art projects — and comment on and analyze what goes on in them.”

It is a strange and exciting time for New York. Once the undisputed capital of contemporary art (a title it stole from Paris decades ago), it is now one capital among many, dueling with cities like London, Paris, Brussels, Mexico City, Dubai and Hong Kong for collectors’ dollars, the attention of art dealers and the allegiance of artists, the people who make this whole industry run, who make it worth covering.

It is going to be a great season. The Armory Show is promising big changes. There is a Whitney Biennial on tap from an intriguing pair of curators. London’s Frieze Art Fair is coming to town. Galleries are opening and closing at a rapid pace. We hope that you will join us as we see what happens.

Thank you for visiting.

Filed Under: Arts, Letter from the Editor