“We are highlighting the need for a safety net,” said state Sen. Jim Whelan (D-2), Atlantic City, who’s fighting to hold onto his seat in the face of Assemblyman Vince Polistina (R-2), Egg Harbor Twp.

“Assemblyman Polistina and Assemblyman (John) Amodeo have already voted in lockstep with Gov. Christie, when lack of access to healthcare is a real issue for working families,” added the senator, presenting himself as an independent alternative who had the guts to tell union leadership that he would vote in favor of pension and healthcare reform even though he knew it wouldn’t endear him to base Democratic Party support heading into the general election.

The Senate’s most vocal opponent of Christie’s decision to cut $7.5 million in family planning funding, Weinberg with her feet planted in Atlantic County said she is prepared to do whatever it takes to help Whelan win re-election and to assist his team land two more Democratic seats in the Assembly.

To Christie’s rejoinder that women in need can rely on federal assistance, Weinberg said her sources say that’s true – “They can take care of everyone – and the lines would be around the block.”

The fact that Polistina backed Christie on this one should be enough to keep him out of the Senate, said Weinberg.

“Anything Sen. Whelan wants me to do,” said the senator, who was Jon Corzine’s LG running mate in 2009, when PolitickerNJ.com asked her what else she intends to do to help her colleague.

“Senator Whelan and Senator Weinberg are the embodiment of a failed status quo; hopelessly unable to grasp the concept of not being able to spend money you don’t have,” Russell said.  “The saddest part of this lame press event was that neither Whelan nor Weinberg have come to terms with the fact that New Jersey taxpayers weren’t fooled by their attempts to overide the Governor’s vetos.  People saw it for what it was – a political sideshow by career politicians who are more concerned about getting re-elected than they are about creating jobs and improving the economy.” 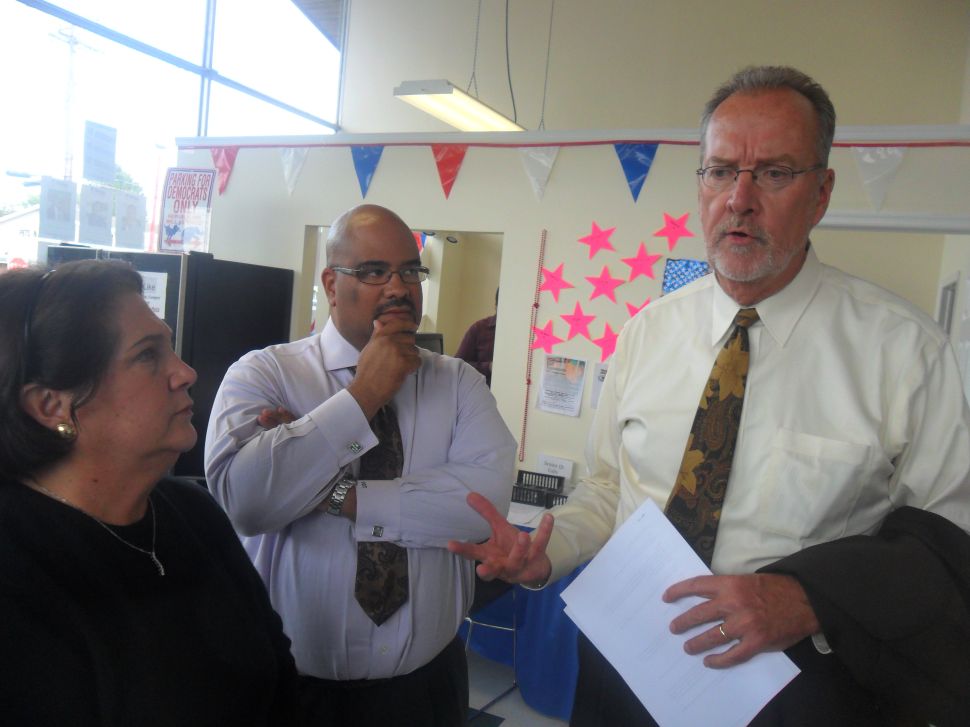