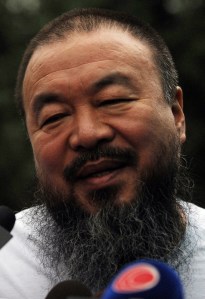 Despite his being under constant scrutiny by the Chinese government, dissident artist Ai Weiwei managed to direct a photo shoot for W’s November art issue, The New York Times reports.

The pictures were shot on location in New York, in the city and on Riker’s Island, by photographer Max Vadukul. Mr. Ai directed the photo shoot, which includes the cover and five photos inside the book, from his home in China via Skype. The photos tell the story of a young woman’s arrest and imprisonment.

Mr. Ai was apparently approached by the magazine not long after he was released from prison. In contributing to the magazine, he joins fellow artists Richard Prince and Maurizio Cattelan, who have both worked with W in the past.