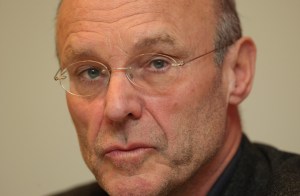 Over the weekend German artist Anselm Kiefer announced that he’s been trying to buy an abandoned nuclear power plant in western Germany. The plant was shut down by German utilities company RWE in 1988.

Though the plan has apparently been in the works for some time, Mr. Kiefer announced his intentions in an interview with Der Spiegel on Sunday.

“Now I am thinking about what to do there. I definitely don’t want to paint cows and clouds onto it,” he said, according to Reuters.

A spokesperson for the plant said the sale would happen next year at the earliest.