And in news that is bound to make everyone unhappy, Deputy Inspector Anthony “Tony” Bologna – who had a history of violence before he started going pepper-spray happy on a bunch of OWS protesters – was given a slap on the wrist by the NYPD for his actions.

According to the New York Daily News, Officer Bologna was docked “10 vacation days or the equivalent amount of pay” out of his $154k paycheck.

One of the pepper-sprayed women, Kaylee Dedrick, is planning to go ahead with her misdemeanor charges against Officer Bologna, according to Gawker. Meanwhile, Officer Bologna’s own union spokesperson commented:

“Deputy Inspector Bologna is disappointed at the results of the Department investigation. His actions prevented further injury and escalation of tumultuous conduct,” said Roy Richter, president of the NYPD Captains Endowment Association.

The problem is, 10 vacation days is not going to pacify those who were pepper-sprayed, but it does prove the NYPD believes Officer Bologna was in the wrong…which is sure to make his own case less strong should he be sued. Again: nobody wins! 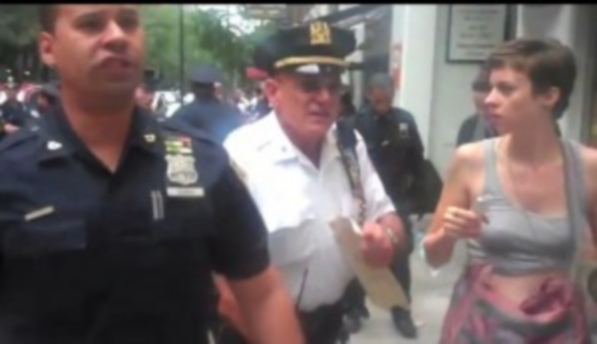