We felt woefully under-dressed as we stepped into the 2nd floor foyer of the Waldorf-Astoria, the entrance to Bette Midler‘s Hulaween party. The theme was Día de los Muertos – the Mexican Day of the Dead – and although we felt like zombies after occupying Wall Street earlier that Friday evening, we weren’t decked out in any apparel that suited the $1,000-a-plate dinner.

Martha Stewart, eschewing the night’s theme, decided instead to dress as what the party was raising money for, the New York Restoration Project. (The event raised $1.9 million to create and restore public parks and community gardens in the city.) Wearing butterfly extensions that actually looked like giant monarchs, Ms. Stewart batted her lashes in the direction of Robert Diamond, her set decorator who won the night’s costume contest with his green-beaded Emperor of the Butterflies ensembles. The mask itself took him 52 hours to bead, he told reporters; a skill he picked up French fashion designer Thierry Mugler.

Judy Gold, currently starring in her one-woman off-Broadway show The Judy Show, MC’d the evening dressed as Chaz Bono. Toeing the line between political humor and the fact that yes, most of Manhattan’s biggest real estate developers were currently “Occupying” the party, her jokes earned more uncomfortable twitters than full-blown laughs. “You guys are really a great audience,” Ms. Gold said sardonically as real estate developer Douglas Durst (dressed as a tree) kept his eyes on chef Rick Bayless’ mole chicken dish. (Mr. Bayless was dressed as a skeleton: take from that what you will.) Later, Mr. Durst would win Ms. Midler’s “Wind Beneath My Wings” award for his donations to the Restoration Project.

The clear highlight of the evening (besides the fact that the “Best Group Costume” award went to several individuals dressed as the Dead 27 Club) was Stevie Wonder, who performed his classic hits as a Skeleton Pirate. You haven’t seen anything until you’ve seen a bunch of tipsy socialites who just bid $2,500 on a tree (one table over, an interior decorator dressed as a mummy and his fiance dressed as a Mexican skeleton promised to name their tree after us!) start mobbing the stage and screaming to “Signed, Sealed, Delivered I’m Yours.”

It was, we’ll admit, a little bit scary. 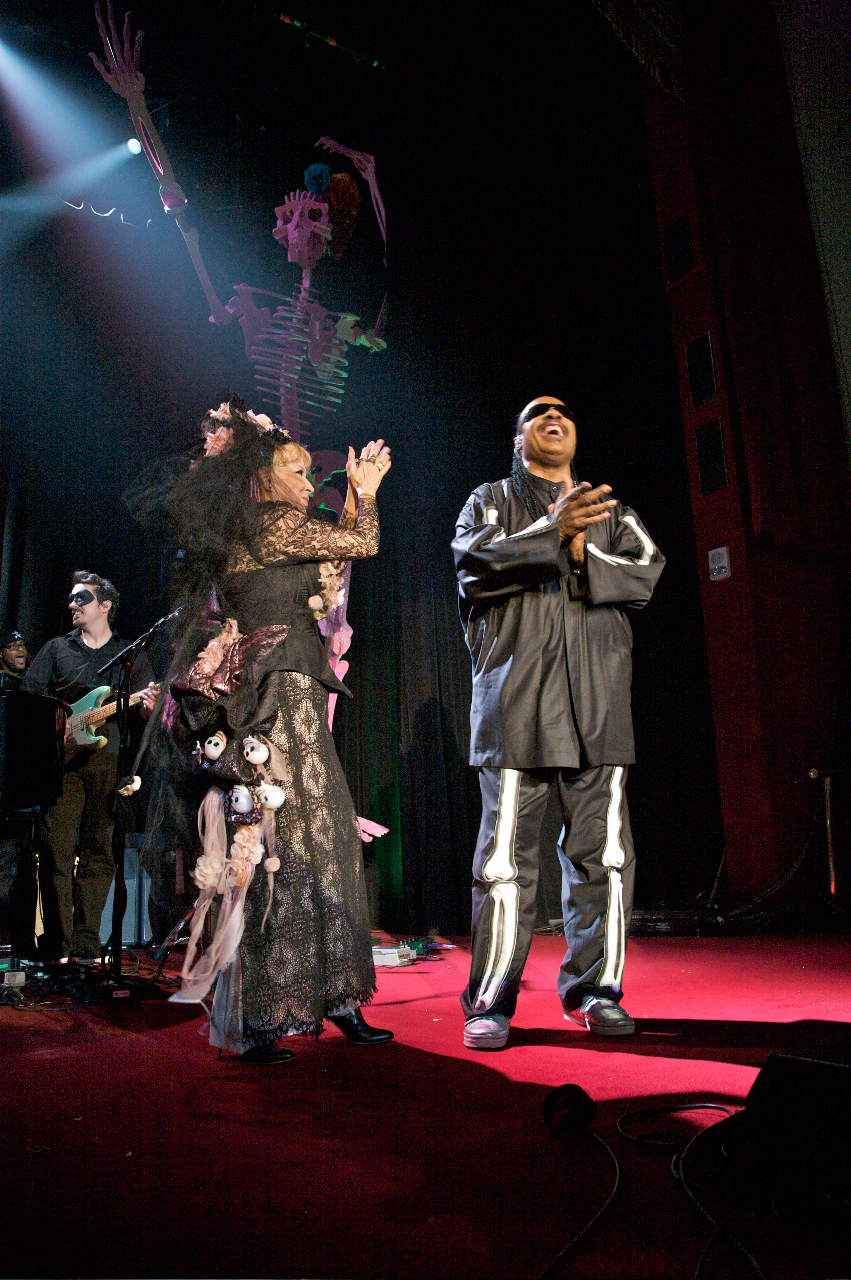