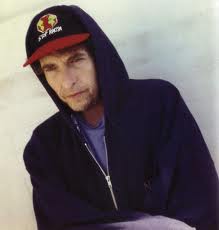 Holland Cotter, from The New York Times, October 13: “Artists copying without acknowledgment is, of course, an old story. The problem with ‘The Asia Series,’ though, is that not even whispers of potential ethical impropriety can make these paintings interesting to look at, which — unless there’s some Duchampian gesture afoot here — is what Mr. Dylan presumably means them to be. The color is muddy, the brushwork scratchily dutiful, the images static and postcard-ish. The work is dead on the wall.”

[Bob Dylan, growing flustered, looks to his lyrical arsenal as he yells at his newspaper]:

-“To me death is quite romantic, buster.”

-“No reason to get excited. There are many here among us who feel my art career is but a Duchampian joke.”

-“It’s alright Holland (the colors on my canvases are only bleeding).”

On second thought, no. There’s really no recovering from a swift takedown in four sentences. Ouch.