The Democratic Party’s favorite general election recreation – fighting internally at the highest levels of leadership – continued in the closing, agonized hours of October.

“Just focusing on getting the people in the 15th to re-elect me,” said veteran Assemblywoman Bonnie Watson Coleman (D-15), Ewing.

For his part, Newark Mayor Cory Booker intends to lock up behind another term for Assembly Speaker Sheila Oliver (D-34), adding his name to Essex County Executive Joe DiVincenzo’s set-piece of Oliver backers.

A source close to the mayor told PolitickerNJ.com that Booker plans to support Oliver this week, and a Booker inner circle ally confirmed the mayor is staunchly on Oliver’s side if it comes to a fight for the lower house throne between the East Orange assemblywoman and challenger Assembly Majority Leader Joe Cryan (D-20).

Insiders say it adds up to tough terrain for the mayor, who as leader of the state’s largest city co-rules Essex County with DiVincenzo – at least on paper. Booker is also allied with South Jersey Democratic leader George Norcross III, the party’s heavy engine backer for statewide Dem candidates, who’s told people in his inner circle that Booker would “clear the primary field” if he ever runs for statewide office.

Sources say that while Norcross backed Oliver in her speaker’s bid two years ago, he is less enthusiastic this time unless she shoulders key pieces of Norcross’s agenda, including education reforms that contain charter school emphasis and merit pay for teachers. The politically cautious Booker’s backing of Oliver may indicate that Norcross plans to support the speaker for the sake of his alliance with DiVincenzo and/or because he now has confidence she will not be a hinderance. 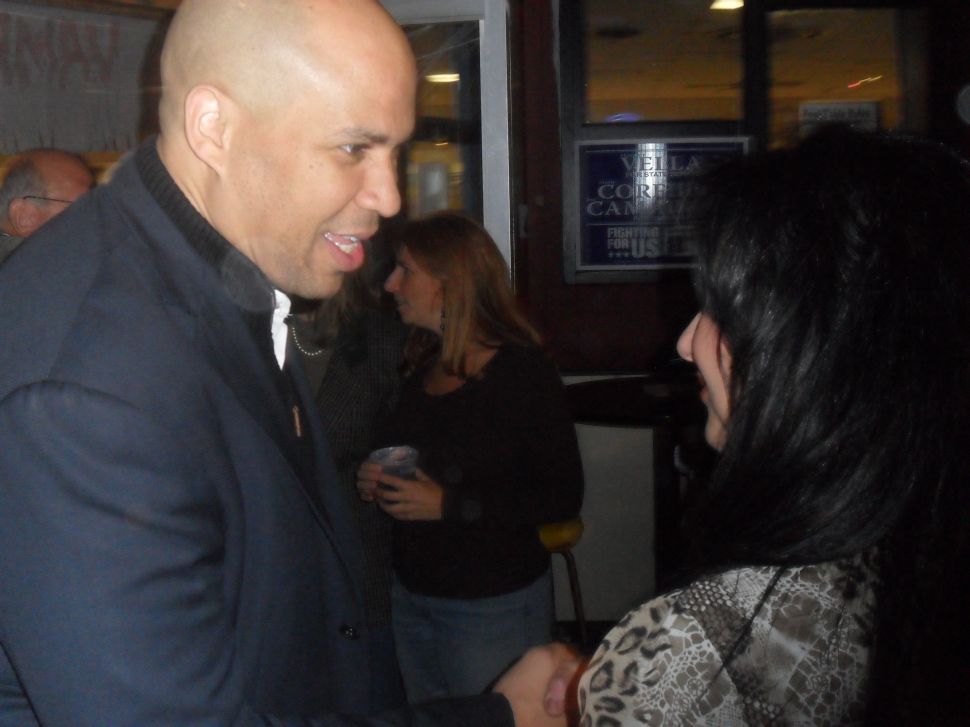