Legislative candidates have raised and spent slightly less than they did at the same time four years ago while incumbents appear to be gaining an increased advantage over challengers, according to an analysis by the New Jersey Election Law Enforcement Commission (ELEC).

With the Nov. 8 election scheduled in about three weeks, 29-day pre-election reports show candidates have raised $26 million and spent $12.7 million since the June primary. Those reports also show that they have $13.3 million in reserve- also down slightly from comparable figures reported in 2007 – the last election when all 120 seats were at stake.

Jeff Brindle, ELEC’s executive director, said the decline in fundraising and spending follows a downward trend seen since the 2007 election.

“A combination of tight contribution limits for public contractors along with the sluggish economy has made fundraising harder for most candidates,’’ he said.

One trend that stands out is what appears to be a growing advantage in fundraising by incumbents.

As of the 29-day report, incumbents have raised 84 percent of the money. This follows a pattern that began two years ago when incumbents raised 81 percent of funds.

“In prior elections, the differential was closer to 60 percent to 40 percent,” Brindle said. “Incumbents always have an advantage in fundraising but this is very unusual.”

Brindle said, “an unintended consequence of the existing pay-to-play law may be that it is impacting challengers more than incumbents.

“As a result, pay-to-play may be unintentionally contributing to less competitive elections,” he said.

The bipartisan Commission has offered proposals for pay-to-play reform that include establishing one state law, ending the fair and open loophole, requiring reporting of all public contracts over $17,500, and raising the contribution limits subject to the pay-to-play law.

Aside from pay-to-play laws and the economy, another factor that could be constraining legislative fundraising is the recent emergence of independent non-profit groups organized through the IRS, which could be siphoning away dollars from more traditional fundraising committees.

“It is impossible to determine the impact of these so-called 501 (c) groups because they are not required to disclose their contributors,’’ said Brindle. “ELEC, as a bipartisan Commission, has called on the Legislature to mandate disclosure by these groups if they participate in New Jersey elections.”

Democrats, who control majorities in both legislative houses, continued to show fundraising dominance over Republicans by roughly a two-to-one margin. A similar trend was seen during the primary. Unaffiliated candidates also raised and spent a small amount. 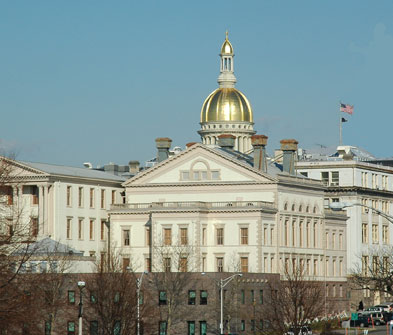