Usually when someone wants to become a criminal, they either have to be born into it (like Michael Corleone) or spend years proving their mastermind skills (Sean Connery in The Rock). That’s just how the law works. Very rarely are bad guys just allowed to watch a Ben Affleck movie and then recreate the scenarios in order to get off with heists. Which is just the sort of ingenious thinking a group of Brooklyn crooks used to evade the police when they did exactly that: taking the best plot devices from The Town to get away with…well, not murder. But a bunch of robberies. And they didn’t wear the nun masks.

According to NBC New York:

They also cut power to their target locations and used miners’ headlamps to see what they were doing in the dark.

An NYPD spokesman said Tuesday that the suspects told detectives they’d watched the bad guys in the Ben Affleck-directed film do the same thing.

What’s really insane here is how long the ploy worked for: by staying away from giant stadiums, The Town scene-stealers were able to get away with what police are approximating to be 62 robberies and $217,000. If it hadn’t been for their terrible Boston accents and Red Sox hats, they probably never would have been identified at all. 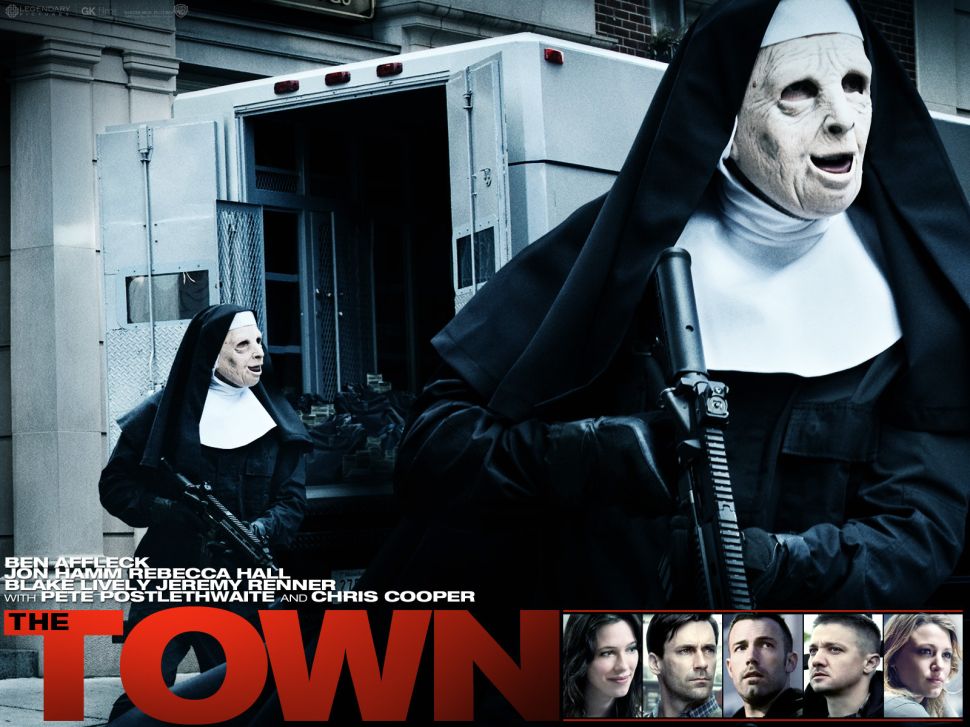