Doron Ofir, the man responsible for making The Situation and Snooki household names, is casting for his new show. It’s all about politics, but don’t worry, cool kids: it’s a political party. And if you are an outspoken politico whose interests lie in protesting,Fox News, Rush Limbaugh, or the Tea Party, than this might be your chance to shine like the beautiful, unique, and totally reasonable snowflake you are!

Added benefit: Mr. Ofir’s casting site has cool flash animation that turns your cursor into a trail of stars. Just like you! Now, this was first pitched to us as an Occupy-based reality show. But it doesn’t take much reading between the lines to see what side of the political spectrum Mr. Ofir (“in association with a major cable network”) is looking for. While MTV has cornered the Zuccotti Park market, the highlighted-yet-vague references to AMERICA, the older age range, and the various mentions of Fox News, Rush Limbaugh, and the Tea Party generally confirm that this will be the Conservative equivalent of Real World: Occupy Wall Street.

While “Fight For Your Right to Party for Your Party” is a pretty catchy slogan, wading through this website took us over an hour of filling out questionnaires, sending in videos, and answering on a scale of 1-5 how important we thought issues like “Stem Cell Research,” “Religion,” and “Affirmative Action” were. Again, not what side you take on these hot-button topics, just how much you care about them.

Still in its early stages of development, we’re hoping that this show turns out to be Fox News’ first foray into reality television: a show where six strangers who all happen to be Republican Tea Party members must learn to get along with the lone rich white kid who is an anarchist  (who also believes the federal reserve should be destroyed). Over the course of the season maybe they’ll learn that they’re not so different after all, especially when  than Walker, Texas Ranger star Chuck Norris makes a surprise visit. After a scandal-filled field trip to Utah, the group will learn to trust one another and make memories (and at least one baby) to last a lifetime. 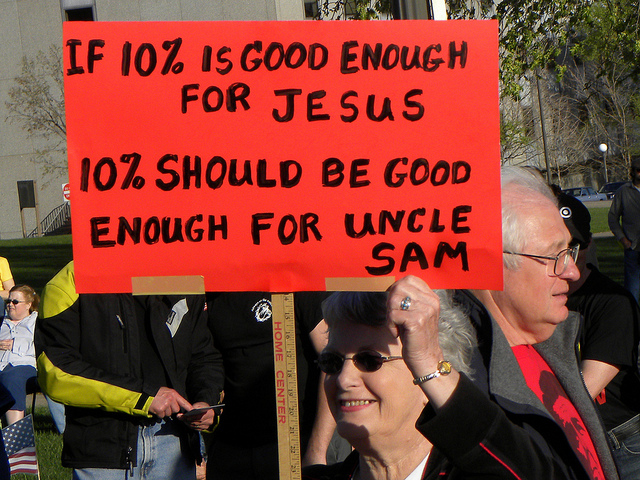