“I picked places where there are really good officeholders,” said the governor, who accepted the introduction of Mount Laurel Mayor Jim Keenan, who’s running for Assembly this year on a ticket headed by state Sen. Diane Allen, (R-7).

Now in the 8th, Mount Laurel will next year will be in the 7th Legislative District.

Olympian Carl Lewis had hoped to challenge state Sen. Dawn Addiego, (R-8), but never managed to get his campaign going before an appeals court ruled him inelligible based on New Jersey residency.

His departure turned the Democrats left with a headless horseman campaign when the court dumped Lewis after filing deadline.

Christie used the setting to showcase a return to earth after his heady ride into the upper climes of presidential speculation.

In the most competitive contest against LD 7 incumbent Assemblyman Herb Conaway and newcomer Troy Singleton, Keenan planted his feet first behind the podium to introduce Christie, who spoke on mostly broad strokes.

“The concept before was just to send more money from Trenton, but once state revenue went down, people realized the only way is not to spend as much,” said the governor, standing in the driveway alongside Assemblyman Scott Rudder, (R-8), his running mate, Freeholder Chris Brown and county Republican candidates.

Addiego sat in the audience.

“We have to make sure we don’t come up with new programs,” said the governor.

Also, Christie said he would push the Legislature on sick leave reform (he wants it for every new and current employee) and civil service reform.

He doesn’t want current employees grandfathered on sick leave and said he would oppose a bill that would leave them out of reform. He projected confidence he could get it done the way he wants. Not every Republican backs him on this but – with a chuckle in his voice – Christie said he could get a few Democrats. 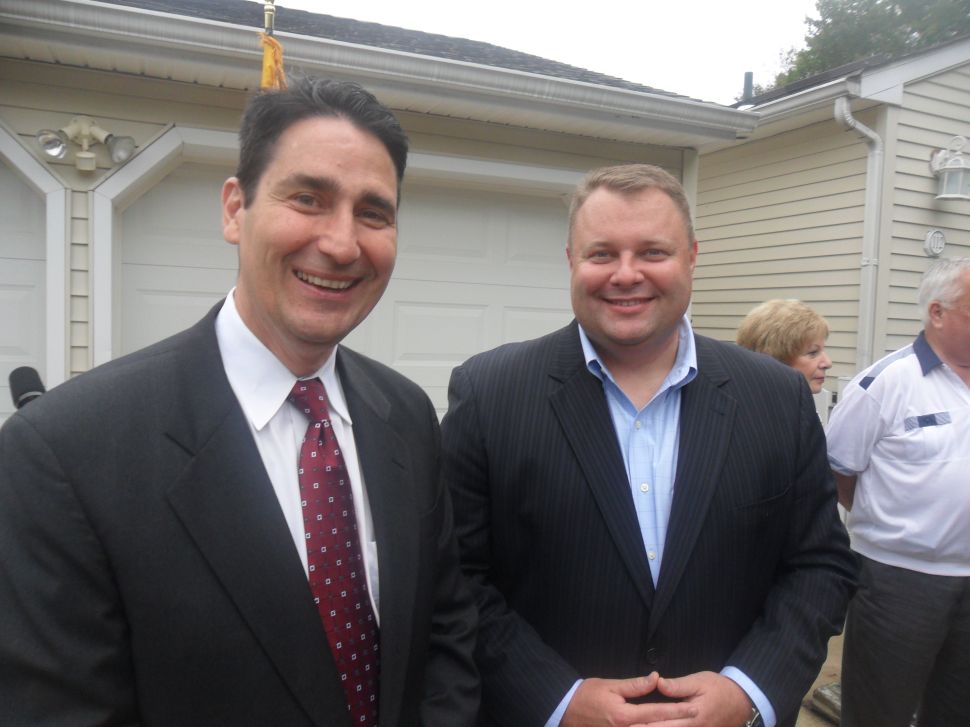