TRENTON – Gov. Chris Christie today stood by his assertion that he believes his Republican party is about to make history in next week’s legislative elections.

At his Statehouse news conference, he was asked to elaborate on a statement he made last week saying his party stood to make history in the Nov. 8 elections, when all 120 seats in the Legislature are up for consideration by voters.

So does the state’s chief executive believe Republicans are poised to win back control of the two houses after spending most of the 2000s in the wilderness?

Christie’s not going that far.

But he is saying his party could pick up some seats and noted that it’ll be “historical” even if the GOP just holds serve in the ballot match-up.

That’s because, as he somewhat excitedly pointed out, just one governor in the past 48 years hasn’t lost seats in the Legislature in what amounts to state mid-term elections. (And that one governor was Jim McGreevey who, as the governor pointed out, was working with a new legislative district map).

Christie’s working with a new map, too, but agreement’s pretty much universal that this district map is just as Democratic as the last one, despite the governor’s own attempts last spring to make it otherwise.

He was asked by Politickernj.com whether he’d claim credit if Republicans do pick up a seat or two or more. There are just a few districts – well-documented here on Politicker – where there’s a real fight and the governor says he’s putting some of his muscle behind those efforts.

Christie mentioned, for example, Atlantic County, where Republican Assemblyman Vince Polistina is in a tight and nasty race in District 2 to unseat Democratic Sen. Jim Whelan.

He says he’ll claim some credit in districts like Polistina’s if candidates are successful.

“I just wanna be helpful,” says the governor whose poll numbers have shown considerable strength in recent weeks.

That’s just the way things are, he says, “As the leader of my party.”

He didn’t answer the part of the question about whether, conversely, he’s ready to suffer the blame if his party doesn’t do well. 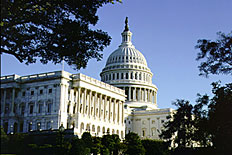