LITTLE FALLS – Gov. Chris Christie said today the $190 million not taken from the residents of New Jersey in payroll taxes represents a turning of a corner for his tenure as governor.

The first solution to the property tax problem, he said, was reducing spending. Once that was accomplished, he said he told voters before he was elected, “if we did things that we needed to do, we were going to be able to start cutting taxes.” He said newspapers didn’t believe him.

“You all have been tapped out in what you’re giving to the government,” he said during a town hall here. “We cut taxes for businesses across the state…to create new jobs. (Now), we’re cutting taxes that are going to affect you, finally.”

Based on the rollback of the state Temporary Disability Insurance deductions – which goes into effect on Jan. 1, 2012 – most workers in New Jersey will save $87 per year, according to the Governor’s Office.

Stumping on the savings, Christie landed in Little Falls this afternoon to host a town hall for employees of Kearfott Guidance & Navigation, manufacturers of guidance systems for space shuttles and satellites.

Founded in 1917,  Kearfott employs 235 people and dealt with two feet of flooding during Tropical Storm Irene. His staff was unaware when they booked the event, but Christie remembered this morning that his mother worked at the company in the 1950s.

Of the payroll tax reduction, he was realistic. “It’s not something to go buy a new boat over,” he told the employees. But he said it is a turning of the tide for his administration – from cutting spending to cutting taxes – that critics thought wouldn’t be possible.

“We really believe in our administration that government is taking too much of your money,” Christie said. “From livin’ to workin’ to dyin’, we’re taxin’ ya.”

The bill was a Democratic initiative passed in May. “This is outstanding news for New Jersey workers who have long deserved this tax break. Working class New Jerseyans struggling to make ends meet need any help they can get,” said sponsor Assemblyman Matthew Milam (D-1), of Vineland, in a press release.

“The state shouldn’t be able to store away money that should be returned to the taxpayers. Fortunately, we’ve put a stop to that and we’re now headed in the right direction, with tax relief, job creation and economic development being our priority.”

Since 1994, $748 million was diverted from the fund, according to Milam. “This money belongs to New Jersey’s workers, and if the state has enough money to cover worker disability needs, then the excess money should be returned to the workers in the form of a tax break,” he said. “It’s the right thing to do. Tax relief like this can only help, especially in this difficult economy.” 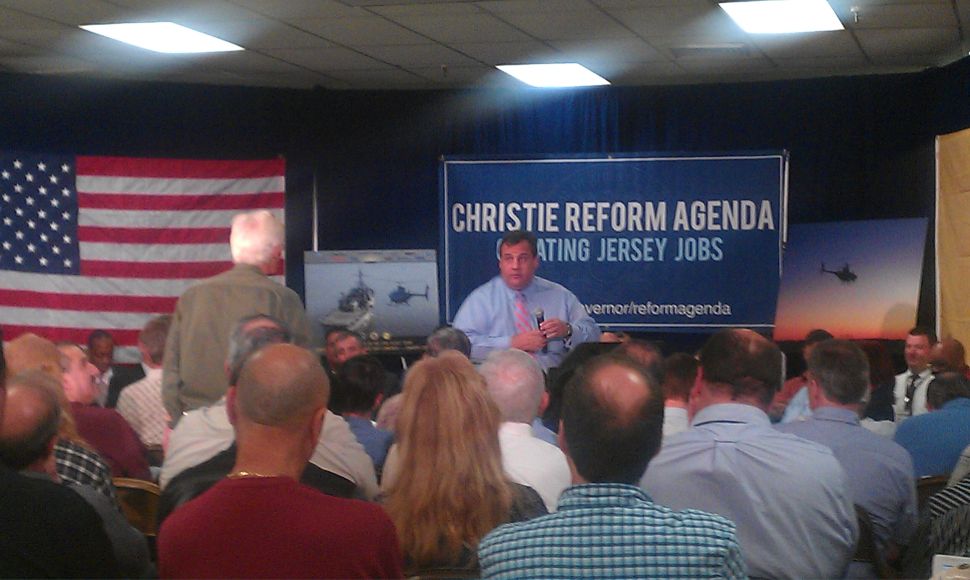