As back buzz over the future of Assembly Speaker Sheila Oliver (D-34) dominates insider circles, State Party Chairman John Wisniewski insists competing underground ambitions are not a distraction for his party a week and a day ahead of Election Day.

“It’s all inside baseball,” said the party chairman. “Clearly, we have our work cut out for us. All of our efforts should be focused on looking for ways to help candidates in 38, 2, and 14 – everywhere.”

Wisniewski said that is not the situation now.

“The unified message of the party is that while Chris Christie has been a wonderful salesman, he has not delivered tangible results,” said the chairman. “His promise to reform state government has resulted in the transfer of costs to local government. …He talks a good game but has not followed through.”

In terms of cash-on-hand, the Democratic State Party is unmatched by its counterpart, the State GOP, by a 10-1 margin.

“We all know Chris Christie was using the feint of running for president to get money for these races,” Wisniewski said. “We serve as the message point on a host of issues and we tie it all together. The party that has the governor will have a natural fundraising advantage. There are always people who will want to pay to see the governor.” 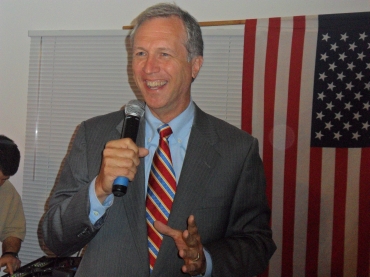