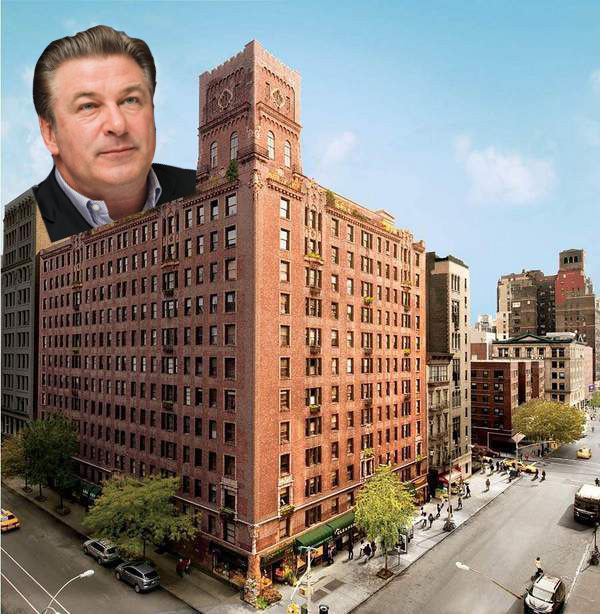 After a long stint at the star-studded 300 Central Park West, Alec Baldwin vacated his uptown digs and purchased a $11.5 million penthouse at the Village's swanky Devonshire House. The move comes amid rumors that things are heating up between the actor and his young yoga instructor girlfriend Hillaria Thomas. The upper floor of his new Soho duplex has a giant “great room,” where she can help him perfect those difficult poses. Downward dog, anyone? 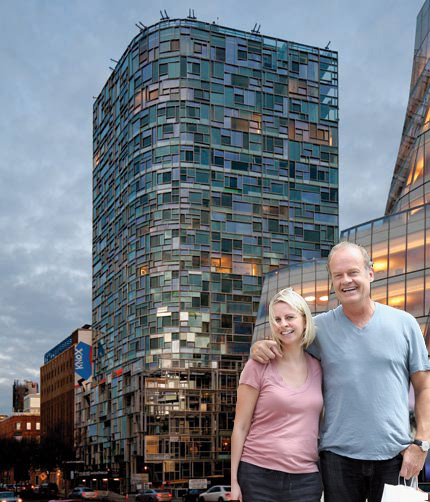 Alec Baldwin seems to prefer prewar charm, but his fellow silver-screen scamp Kelsey Grammer is all about his starchitects. Mr. Grammer landed at 15 Central Park West, Robert A.M. Stern’s temple of the gods, when he came to town for a gig on Broadway. But on a fateful Transatlantic flight, he met Kayte Walsh, his new girlfriend. When they decided to settle down in the city for good, they were downtown bound. Instead of Mr. Stern’s Superior Ink, though, they moved up the block, into Jean Nouvel’s “Vishion Machine,” 100 11th Avenue. 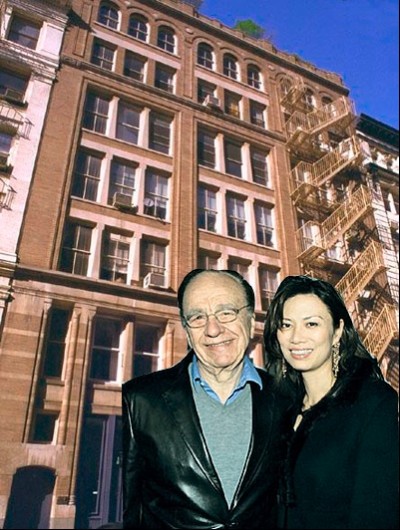 The quintessential dirty old man downtown, Mr. Murdoch married Wendi Deng in 1999, began wearing black turtlenecks, and bought the couple one of the most coveted properties in all of coveted Soho, 141 Prince Street. Mr. Murdoch had spent years in Hampshire House on Central Park West with his ex-wife Anna Murdoch—she later resettled on the East Side—but now he was living in the perfect downtown pad. Until he realized it wasn’t him at all, and he and Wendi high-tailed it back up town, where they took the even more magnificent triplex penthouse at 834 Fifth Avenue. And all was right in the world again. (It was not a bad trip, either, since Mr. Murdoch bought the Soho pad for $6.5 million and sold it for $24.5 million.) 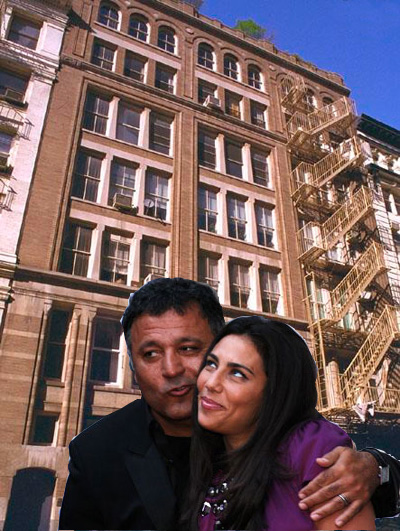 And who bought Mr. Murdoch’s home? Fashion designer Elie Tahari and his young wife Rory. Mr. Tahari had been all over uptown, owning pads on both sides of the park, but it was his life-and-business partner who directed them downtown. As their relationship hit the rocks, they put the penthouse on the market, and managed to score a nice $3 million on it. Mr. Tahari, single again, has actually retreated back uptown, where he continues to expand his dream home at 860 Fifth Avenue.
Advertisement 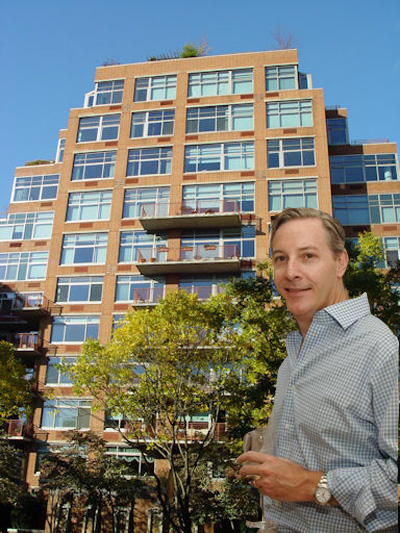 One of the most notorious downtown dogs, Richard Kimball was living the good life a Goldman hot shot deserves—a beautiful wife and life on Park Avenue. But when all of that fell apart, Mr. Kimball traded 755 Park for the penthouse at 99 Jane Street. Trying to fit in, Mr. Kimball repeatedly threw raucous parties in his $35,000 per month pad, immediately drawing the ire of his neighbors. Mr. Kimball’s lease was not renewed, and at last count he was living out of a hotel. Perhaps it was one of Vikram Chatwal’s party-loving places... 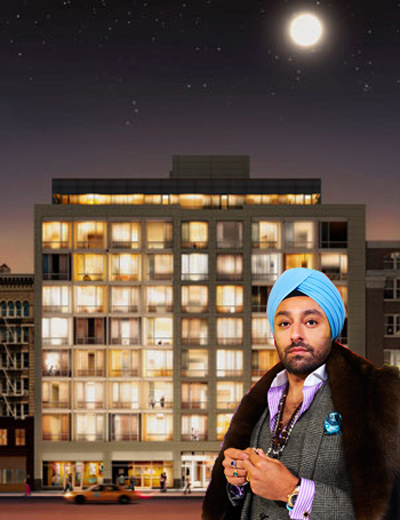 Mr. Chatwal may not be old, but he is quintessentially uptown. A Gossip Girl brat before even 90210 existed, Mr. Chatwal is a fixture of the club scene who made his dad’s hotel chain hip, had one of the biggest weddings of all time and, naturally, called the Trump International overlooking Columbus Circle home. But things went sour in 2009, and Mr. Chatwal went south in 2010, buying a townhouse at new development Soho Mews, where he has reportedly shacked up with none other than Lindsay Lohan 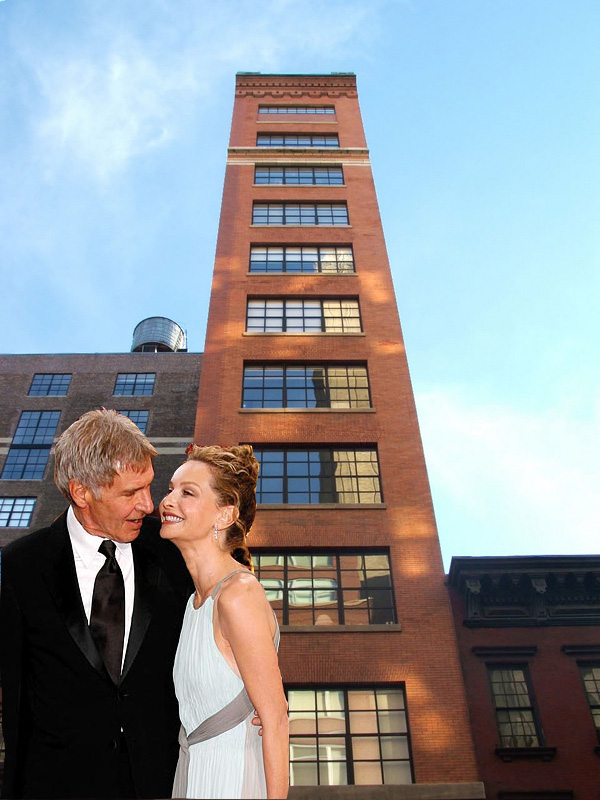 This is by no means a new trend. In 2000, when Harrison Ford left Melissa Mathison, his screenwriter wife of 18 years, he left the couple’s expansive duplex at 101 Central Park West for the temple of doom that was Chelsea. There, Mr. Ford settled in with his new belle, actress Callista Flockhart, buying a trendy loft at 206 West 17th Street. Grandaddy Ford (he has three grandchildren!) has recently put the loft on the market, however, with a $16 million price tag. Like all heroes, he has apparently decided to ride off into the sunset, kicking up his boots at his Wyoming Ranch.
Advertisement 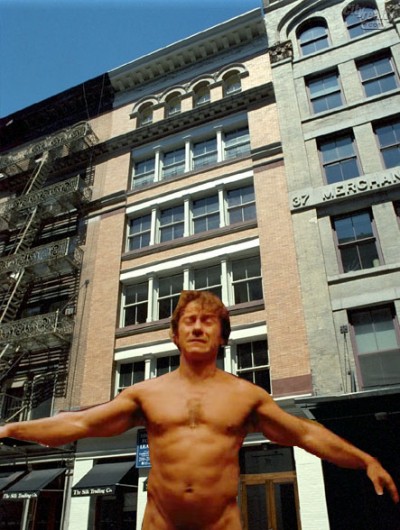 One of the first dirty old men downtown may be Harvey Keitel, who came from so far uptown he was actually living in Rockland County, in a mansion overlooking the Hudson with his then-wife Lorraine Bracco (of Dr. Malfi fame). One of the pioneers making downtown safe for everyone, he moved in 1994 to 39 North Moore Street, not far from his on-screen pal Robert DeNiro. He sold the loft four years later but has remained in the neighborhood ever since. 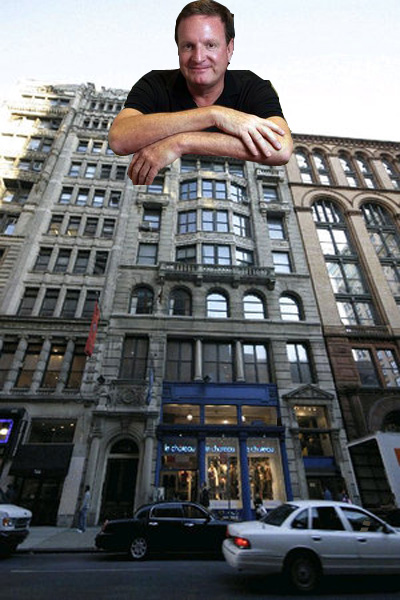 The pull of downtown Manhattan is so strong, it attracts horn dogs from around the country and around the world. While Ron Burkle is best friends with honorary uptowners Bill and Hillary Clinton, when the California grocery magnate took up in New York in 2006, around the time of his horribly messy split from his wife, it was in a glorious Soho penthouse, complete with two decks and a pool. The jetsetter could—can, does—live wherever he wants, but when it comes to New York, there was only one place to go. 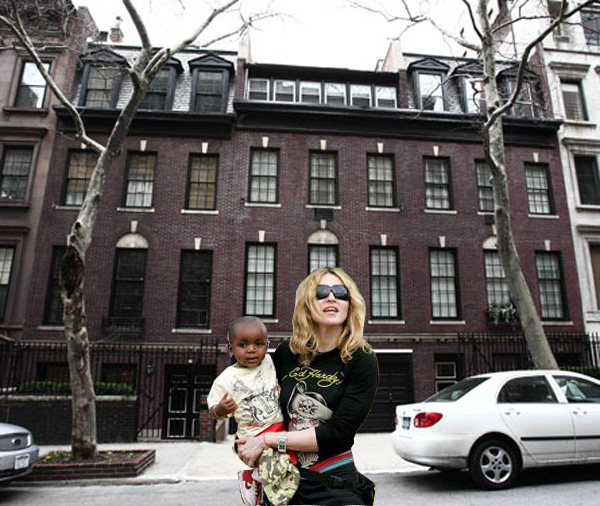 Turning everything on its head is Madonna. She has always been a fighter for women’s rights: to be sexy, to be single, to be immensely powerful. So where would the decidedly downtown diva go after leaving her cockney hubby Guy Ritchie? Why uptown, of course. Two years ago, she purchased a 26-room Georgian mansion for an astronomical $32.5 million, and has since proceeded to drive the neighbors crazy with renovations to the place, as if it were not big enough. The move makes sense, since instead of chasing tail, Madonna is chasing three kids, and where better to send them to school than on the Upper East Side. 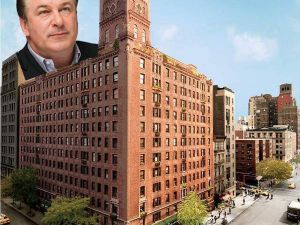 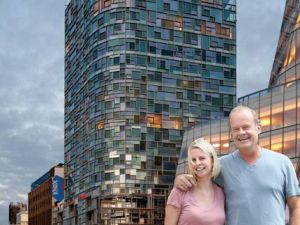 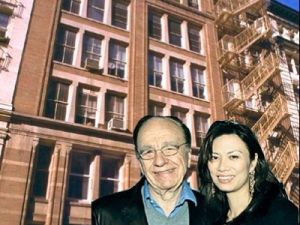 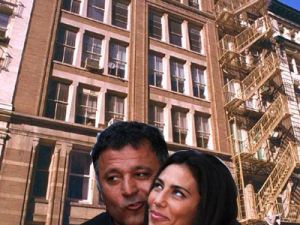 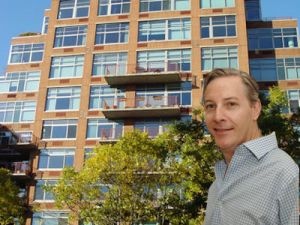 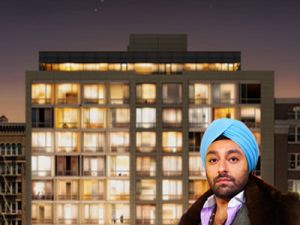 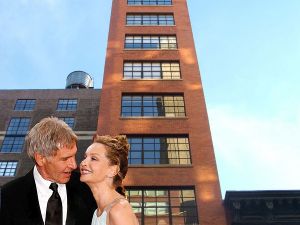 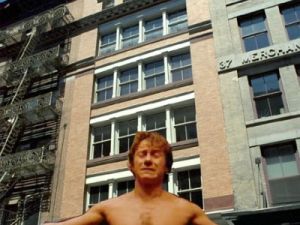 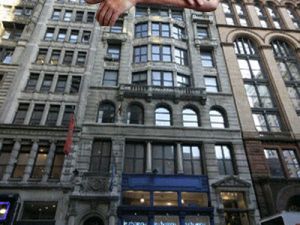 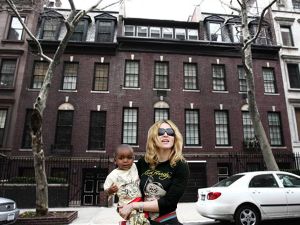 Earlier this week, the Village got a new neighbor: Alec Baldwin bought a new downtown home at Devonshire House, taking over the massive duplex penthouse. He appears to be making room in the city’s hipper environs for his new girlfriend, Hilaria Thomas, who will likely prefer the neighborhood to his previous home in the star-studded 300 Central Park West.

It’s a well-worn path. Indeed, Mr. Baldwin is only the latest in a line of older uptown dudes to to head downtown in search of love.