It took a lot of effort for the hosts of Fox & Friends to go on pretending that last week’s Hank William Jr. “Hitler” comment on their show didn’t make for an entire Saturday Night Live sketch. Yet somehow they managed (despite Mr. Williams Jr. wrote a whole mean song about them). There are just so many bigger things in the world to worry about, people! Like have you heard about this Occupy Wall Street business? Gretchen Carlson has, because she reads the New York Post, and is now aware of the bizarro drug economy of Zuccotti Park. Very scary stuff.

Here to calm her fears is the soothing baritone of Donald Trump, who has a few choice words for the protesters. Mainly that they should get out of New York (and away from his hotels) and start protesting in Washington D.C., where of course they have been for the past 10 days.

We just hope that despite being on opposite lines of this whole debate, Mr. Trump and Russell Simmons can soon go back to being best friends. 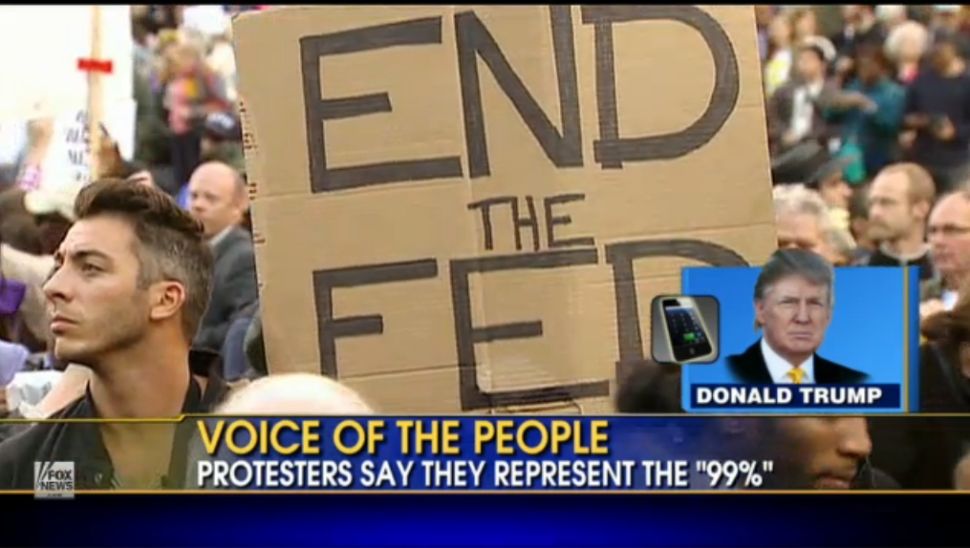