Essex County Republican freeholder candidate Joe Chiusolo went on offense this week in the aftermath of a debate in which his Democrat opponent, Essex Freeholder Len Luciano, suggested the Republican was “on the take.”

The charge of corruption wasn’t as curious as the way it rebounded on Luciano’s own team, headed by Essex County Executive Joe DiVincenzo, who’s ultimately in charge of county contracts.

At the Monday night debate in Verona, Luciano, a Newark school teacher, accused Chiusolo of accepting a no-bid contract to outfit the county with uniforms from Chiusolo’s business.

“If Mr. Luciano really believes what he said in a public forum, then he must have some evidence that county government is corrupt and,  as an elected official, he must report the illegal conduct to the appropriate authorities,”  said Chiusolo, the deputy mayor of Cedar Grove. “I am hoping that Mr. DiVincenzo would take the corruption accusation seriously and will act quickly to ferret out the corruption that may exist in his administration.

“At the very least Mr. DiVincenzo owes it to the taxpayers to question how Freeholder Luciano obtained his information about corruption and determine if the charge has merit, or is frivolous,” added the GOP challenger.

Chiusolo said if  Freeholder Luciano’s claim is baseless, then DiVincenzo should ask for Luciano’s resignation from the nine-member freeholder board.

The story line fascinates in part because Chiusolo is a close, hometown ally of state Sen. Kevin O’Toole, (R-40), Cedar Grove, who happens to also be a close – albeit cross-the-aisle – ally of DiVincenzo’s.

The GOP freeholder candidate’s demand of DiVincenzo to investigate corruption or disavow the neophyte freeholder aims at a pressure point, but Luciano’s allies say he simply misstated his case at the debate.

“We’re working hard and we’re focused on getting Lenny re-elected,” Alagia said. “We maxed out to him in the primary.”

Alagia said there will be no investigation.

“It was a bid,” he said of Chiusolo’s business transaction with the county. “If he (Chiusolo) has any questions we have a top notch legal department. We are confident bids are fulfilled in a correct manner.

“You’d have to talk to Lenny but I think the implication was ‘he’s (Chiusolo’s) got a contract with the county and now he’s trying to be a freeholder,” Alagia explained.

The exchanges reflect the temper of this cycle.

In what most observers say is a Republican election year, the long-suffering GOP wants to make something happen in a swing district.

“His accusations do not stand up to scrutiny —  his ability to represent the public fairly has now been severely impaired,” Chiusolo said of his opponent. “I don’t know how the county executive could tolerate having a county official running around making baseless, defamatory accusations.”

“Mr. Luciano has put his integrity and his effectiveness as a freeholder on the line and – if his accusation does not stand up to scrutiny —  his ability to represent the public fairly has now been severely impaired,” added Chiusolo. 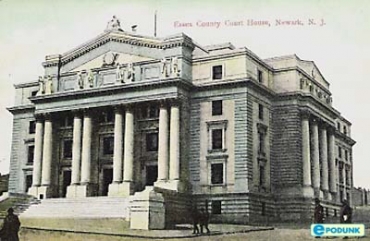