Background: When redistricting commissioner Alan Rosenthal announced his decision to select the Democrats’ version of a legislative map, Senator Bateman could be seen closely observing the final product mounted on an easel at the front of a crowded Statehouse room. He was crestfallen, and why wouldn’t he be? His once compact district had turned into an oversized tarantula. Two manageable counties had morphed into four, including three new ones. He lost his anchor town, Bridgewater, where he serves as the town prosecutor, and gained heavily Democratic South Brunswick in Middlesex County and the Princetons. Moreover, the new map bounced his running mate, Assemblywoman Denise Coyle, (R-16), of Bedminister into political oblivion. By contrast, the long-suffering Somerset County Democratic Committee felt energized. But the district still favors a Republican ticket.

Key Dynamics: Notwithstanding the loss of Bridgewater and Branchburg, Bateman remains the well-heeled son of a former Senate president on affluent Central Jersey turf where the name “Bateman” still carries political weight. Weakened by the acquisition of Democratic towns in Mercer and Middlesex, Republicans could take heart in the possession of new towns in heavily Republican Hunterdon County to offset the bleeding. Insiders say that although Democrats will try, it will be difficult for Vella to make any indentations in the Bateman brand.

The Democrats’ more realistic hope is to pick off one of the Assembly candidates.

An art teacher who personally went toe-to-toe with Gov. Chris Christie at a town hall meeting, Democratic challenger Corfield spent a year building her name ID on cable news shows and at public worker rallies as the face of aggrieved educators and parents enraged by the GOP governor’s education aid cuts.  With the loss of Coyle, and the addition of Ciattarelli, who like veteran running mate Biondi, resides in Hillsborough, Dems want to gin up ticket strength there by trying to siphon independent and women voters from Biondi and Ciattarrelli’s home base, where Valla also resides.

They clearly need to turn out monster numbers in newly acquired South Brunswick – where businessman Camarota is a councilman – and the Princetons, and seek contact not only on education issues, but women’s healthcare funding – which Bateman and Biondi opposed in line with Christie’s orders.

While he is a newcomer to statehouse politics, the affable Ciattarelli is a good campaigner and top vote-getter in Somerset. Democrats are banking on the fact that Somerset (and a single town in Morris County, Mendham) are no longer all-encompassing.

A long-serving politician and former Hillsborough mayor with a thickset record to dissect, Biondi may appear to be the most tantalizing target for Democrats. But GOP sources say they hear Democrats also plan to slam Bateman on his public legal contracts before it’s all over.

But a lack of massive money means they have to wait for the final days of the campaign to strike.

Larger Implications of Race: At the very least, even a pancaked Democratic ticket come Election Day will have landed punches on a first-time-ever wobbly-legged Somerset Republican Party in the 16th District. Disappointed by the map and forced to walk in unknown towns over a much larger tract of space, these is a mostly genteel GOP that in past races merely relied on the numbers in their favor and the backing of the once-vaunted Republican County Committee. Led for nearly two decades by Dale Florio, the Somerset GOP obviously no longer has ferocious dominance over the 16th, as going forward it must coordinate with three other counties (Hunterdon, Mercer and Middlesex) and constantly keep an eye on the potential for Democratic uprisings. This is a Republican year and the GOP is on irritated but high alert. In a year favoring Democrats, Republican incumbents may not escape if they are not even more highly engaged.

Outcome: Despite the map changes and consequent GOP disarray, it still seems like a very long-shot in this particular election cycle for Democrats to arouse public sector workers, women, independent voters and middle- and lower-income voters to overwhelm the Bateman-Christie brand in a Republican-leaning district, according to insiders in both parties. It will not be a walkover election for the GOP, however, as Dems dent up Republican incumbents but lose. 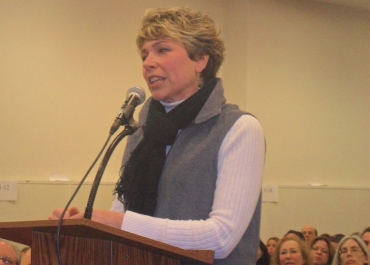