When Republican Bill Gormley retired from the Senate in 2007, the indefatigable Atlantic County political animal tried to pick his successor in Frank Blee but ran up against a Republican insurrection led by Egg Harbor Township Mayor Sonny McCullough. At a vacancy party meeting, McCullough bested the Gormley-backed Blee to become the GOP nominee for the 2nd District Senate seat. At a convention two weeks later, he enlisted John Amodeo from labor for the requisite building and trades piece, and Vince Polistina, an engineer from Egg Harbor Township who many Republicans even back then identified as a rising star.

A craggy, double-dipping senator (he filled Gormley’s seat on an interim basis after Gormley left his term early) and mayor, McCullough headed into the general election as the leader of a fractured party amid obvious signs that Gormley was doing nothing to help him beat Assemblyman Jim Whelan, former Atlantic City mayor and Democratic nominee for the Senate.

McCullough went down in defeat while the GOP finished the race victorious in the elections of Amodeo and Polistina to the Assembly.  Many party members felt confident that even though they lost the Senate seat, Republicans had purged themselves of the McCullough/Gormley bloodbath and looked ahead to the day when Polistina would stride across the mopped up terrain and challenge Whelan. That time is now.

As expected, it got ugly early.

While most campaigns were tousle-headed and bleary-eyed in mid-summer, Whelan and Polistina already had walking programs and were lugging podiums down to the shore line to hold press conferences denouncing each other. The battlefield concerned each man’s place in the murky world of public contracts, a familiar theme amplified by the stakes of this contest.

When Polistina ran for his Assembly seat four years ago, the Democrats pounded him on his $6 million plus as a public contract engineer. Now, four years later, the attack is much more detailed. Every few days, the Whelan camp discharges another salvo explicating the nature of Polistina’s work, charging him with using his public life to advance a private career.

Polistina’s campaign repeatedly responds with information that after he lost his mayoral re-election campaign, Whelan picked up a $6,000 public consulting job in neighboring Ventnor. The attack tried to make Whelan – who’s also a public school swim coach – look like a hypocrite for attacking Polistina. Whelan’s return point is six grand versus millions hardly constitutes equal time at the trough.

But the GOP keeps the issue alive with outrage over the lifetime pension and trappings that the crony-connected job kept afloat after voters bounced the so-called working class hero out of the mayor’s job. In contrast, they present businessman Polistina as a jobs creator.

Minus the NJEA’s 2007 support owing to his head-butting history with the public sector as mayor, Whelan dove into public sector pension and healthcare reform this year unshackled of public unions’ realistic expectations.

But in a cycle now in which the CWA and NJEA want to make a statement against any Dem who backed pension and benefits reform, Whelan could be their most obvious symbol to try to hang from the Statehouse as a display piece for what happens to Democrats who don’t champion public union causes. In 14 and 38 – the two other competitive districts where incumbent Democrats seek re-election – both senators rejected public pension reform.

Whelan’s supporters say he’s always run with building and trades backing, which is where the bulk of his financial support remains.

Whelan raised $446,484 for his Senate campaign and reported a closing balance of $43,425 in his 29-day pre-election report submitted to the state Election Law Enforcement Commission (ELEC).

In the joint campaign account he submitted with his running mates, Whelan and company have raised $471,983 and closed with $74,715 in the bank.

To Oct. 7, Whelan and his joint committee have spent $800,326 on their campaign, compared to Polistina, who does not have a joint committee with his running mates, who spent $337,184 over the same period of time.

The hardest-boiled insiders say in the end, this race is not about Whelan and Polistina, adversaries whom Atlantic County regulars regard as likeable and devoted public men.

This is about Gov. Chris Christie (due today to campaign with Polistina in a diner) versus South Jersey Democratic Leader George Norcross and control of the down-its-heels roulette wheel paradise.

When Gormley ruled Atlantic County, it was all Gormley. He kept Norcross at a distance and stuck it to northern horse racing every chance he got to keep the South Jersey gaming playground paramount in the public eye.

Whelan and Polistina both had doubts about pension and benefits cuts, but both ended up supporting it after infuriating their respective overlords, whose money wouldn’t have been there if they broke ranks.

It was an issue they agonized over and agreed on – or at least voted “aye” on – that enables now the full mobilization of their mutually destructive campaign weapons of war.

The loveably grumpy Whelan belongs to the Norcross Team and – much more than, say, state Sen. Robert Gordon (D-38) – stands to benefit from an 11th hour cash transfusion in his final rounds with Polistina pre-Election Day. A South Jersey star on the rise trying to inhabit Christie’s universe, the elegant Polistina will be able to depend down the stretch on Christie’s coffers. Of course, he will have to ditch any pretense at independence if he gets elected. Just as Whelan fell in line on Norcross’ prized pension and benefits reform, the initially doubtful Polistina too will have to back Christie on whatever the GOP governor wants.

GOP sources say no one knows what’s going to happen over the next three weeks. Both men will have the money and the resources to turn an inter-party street brawl into a bigger bloodbath than 2007 – one that won’t be in the shadows of a convention hall, but under the full glare of statewide lights with the biggest bosses heavily invested. 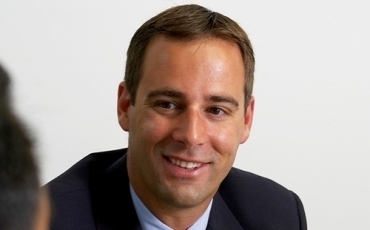