Cape May and Cumberland: In their fight with state Sen. Jeff Van Drew (D-1), the GOP is trying to get traction with an attack on Van Drew’s absentee ballot application program.

Dems say their massive effort simply caught Republicans flat-footed. The GOP fired off a letter to state Attorney General Paula Dow, demanding an investigation. Democrats responded with their own call for state oversight concerning the affirmation of their application submissions.

Democrats want to keep those two votes in their war bonnet: at present an 11-feather power plumage intimidating to fledgling Democratic Party organizations.

Gloucester and Cumberland: Trying to build on victories last year that inched the GOP closer to a majority, Republicans need to win two of three freeholder seats here to remove Democrats’ longtime grip on power in the South Jersey county.

Insiders are far less concerned about the legislative races than those of the freeholders. SJD, Inc. wants to try to pilfer a seat from the GOP in LD 4, where a pickup could enhance the organization’s standing on the lower legislative house throne.

Atlantic: One of two most watched contests in the state pits state Sen. Jim Whelan (D-2) against challenger Assemblyman Vince Polistina (R-2). Democrats worry here about anti-incumbent vibes and Polistina’s public presentation as a well-heeled family man. But Whelan has hit his rival hard on Polistina’s big figure public engineering contracts, a subject the GOP has repeatedly tried to neutralize by highlighting Whelan’s efforts to stay in the public pension system with a $6,000 contract in Ventnor. Dems say the two cases are hardly comparable.

A Whelan win could prove critical for Democrats in South Jersey if Nov. 15th devolves into Democrat madness over leadership. It likely won’t – and almost certainly will not in the Senate as sources say Sweeney appears very secure.

But in the event that revolutionary Democrats mount a serious challenge in the lower house that spills across the hall, Whelan would be a critical ally for fellow South Jerseyan Sweeney in a close fight.

With Assemblyman Jack Conners’ (D-7) retirement, Dems are trying to hold onto his seat with one of their own, former Legislative staffer Troy Singleton, who’s kept the 7th seat warm in hopes of using incumbent status to earn a two-year term. He’s running with considerable South Jersey financial backing alongside Assemblyman Herb Conaway (D-7).

Doubly motivated to win these seats, the always tough to penetrate South Jersey Democrats do not want to lose their status as the largest voting bloc in the lower house. At the very least they want to keep 11 votes in their corner, which is why protecting two battleground Democrats with the right credentials makes LD 7 a race to watch.

On the local side, the excruciating paid-for-gay-sex headlines assailing Medford Mayor Chris Myers have energized independent Republicans who defeated the BurlCo GOP Primary establishment slate backed by Myers. However he resolves his own political crisis, sources say Myers will have to confront the headache of a council that is against him, whether it’s Democrats or Republicans who win next Tuesday. Sources say the GOP has a significant edge in the GOP town.

Keenan and Halgas are trying to beat their Democratic rivals in part by coat-tailing the popular senator who stared down cancer last year.

Somerset: The GOP strengthened its collective stomach muscles in expectation of the Democrats’ best shot, which they launched last week finally in the form of a much-maligned mailer attacking Assemblyman Pete Biondi’s (R-16) attendance record.

Biondi’s battle with cancer accounted for his absences.

The power punch had the effect of putting Democrats – not Biondi – on the mat, if not down for the count.

Trying to grin through the pain, Dems invited Newark Mayor Cory Booker in for a friendly game of bowling over the weekend.

Monmouth: Republicans are confident that even though the Asbury Park Press endorsed Long Branch businessman Vin Gopal, the GOP will prevail with little difficulty in this Republican-leaning county. As soon as Gopal received his endorsement for the LD 11 Assembly race, Republicans went nuclear, trying to obliterate the notion that a Gopal candidacy even existed.

A win next week by the LD 11 team of state Sen. Jennifer Beck, Assemblywoman Mary Pat Angelini and Assemblywoman Caroline Casagrande would make history. The trio would be the first all-woman ticket in the Legislature.

Union: It’s safe to say that LD 21 Republicans won’t have much trouble. Running against the Kean-Bramnick-Munoz team are public clock attorneys Bruce Bergen and Norman Albert, who have together already run and lost six times for the same LD 21 seats.

Morris: Republicans want to build for the future in LD27, introducing Chatham Township Mayor Nicole Hagner to the voters as a viable LD27 Assembly candidate now, in hopes of crafting a team that can punch through to victory two years from now with millionaire Essex Fells Councilman William Sullivan at the top of the ticket. In the meantime, like Democrats in Democratic Party-dominant counties, the GOP wars with itself in a protracted legal battle for a freeholder seat between incumbent Margaret Nordstrom and Tea Party challenger Hank Lyon. Nordstrom’s on the ballot, but Lyon refuses to back down in the courtroom.

Essex: Republicans are affixing significant attention to a freeholder race where they want Cedar Grove Deputy Mayor Joe Chiusolo to knock off Freeholder Lenny Luciano. The seat in question was Republican six years ago, and GOP Chairman Al Barlas eyes the contest as the building block for future Republican credibility in the overwhelmingly Democratic county.

Deprived of competitive legislative races – and not to be outdone where there are real inter-party contests – Essex Democrats are once again in a low-grade civil war with themselves over the coming Nov. 15 backroom bayonet charge in their own party. Their own Assembly Speaker Sheila Oliver (D-34) told PolitickerNJ.com she wants another two-year term but she may have to get through at least one challenger for the job, Assembly Majority Leader Joe Cryan (D-20).

This week, Oliver’s main political backer, Essex County Executive Joe DiVincenzo, intends to burnish organizational muscles to convince any insurrectionary forces that it won’t be worth their time to go after Oliver.

Bergen: Republicans say the tracking polls show them up over the Democrats in county races where victories over Democratic incumbent Freeholder David Gantz and his county running mate, Assemblywoman Joan Voss, would enable the GOP to dominate the freeholder board. Not content to stop there, Republicans want to hack to pieces the remnants of Dem Party power here with county clerk and surrogate wins.

Certainly, LD 38 remains one of the most watched contests in the state, as state Sen. Bob Gordon (D-38) hopes to fend off GOP challenger John Driscoll, head of the Bergen County Freeholder Board and a symbol – based on his 2009 win – of Republican efforts to politically dominate the sprawling suburban county.

If Wagner wins, will she buck Oliver for speaker and line up behind the public worker protective Cryan team as part of the Democratic Party revolution?

Faced with a walkover general election campaign and challenged by a top-of-the-ticket rival in Carlstadter Don Diorio, Schaer and Sarlo are engaged in gentleman’s warfare over who can raise and effectively spend the most money to best ingratiate themselves with party allies in tough races.

In the event of a speaker’s battle post-election, Passaic County Democratic Chairman John Currie will stand with Oliver, and urge his delegation to do the same.

Warren and Hunterdon: Movement conservative leader state Sen. Mike Doherty (R-23) spent much of his time during the summer and fall months making his case for education reform as insiders prepare for the independent’s announcement following next week’s election – that he will challenge U.S. Sen. Bob Menendez (D-NJ).

Hudson: The only election that matters here is 2013, when downtown Councilman Steve Fulop intends to run for mayor of Jersey City. Fulop translated school board victories into a massive rally/fundraiser last month that gathered disparate factions of Democratic Party players. 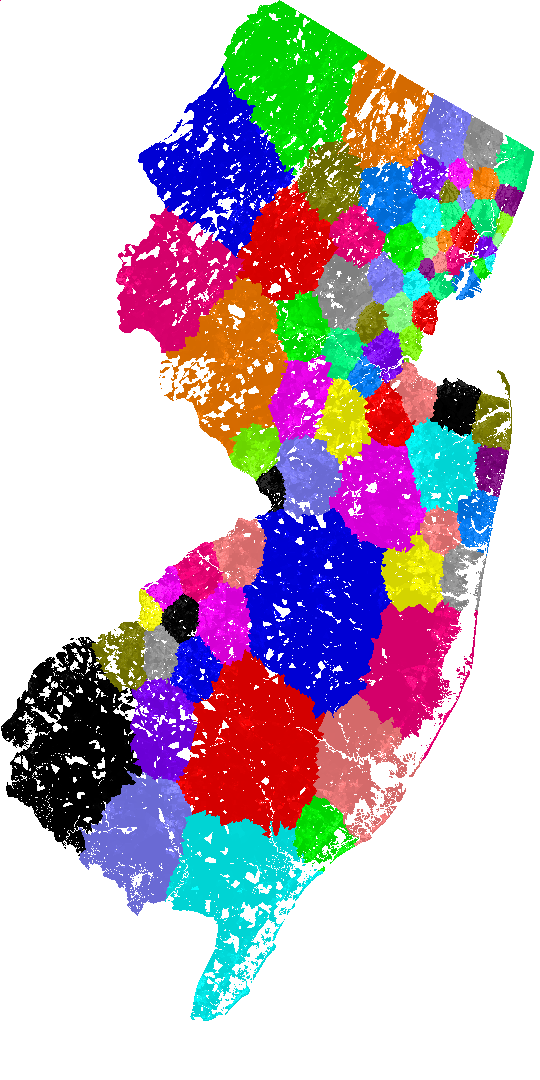