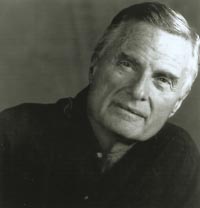 An Arizona judge has thrown out a lawsuit against Richard Feigen that alleged the Upper East Side dealer failed to properly authenticate a painting said to be by the painter Rosa Bonheur. The case ultimately came down to a matter of jurisdiction and was dismissed a few days ago.

“On several grounds it was frivolous,” Mr. Feigen told Gallerist, pointing out that the statute of limitations on the case had expired, adding that he technically hadn’t sold the painting to the Arizona couple that sued him and maintains that the painting is authentic. “We chose to fight it on the jurisdictional issue because that was the easiest.”

The plaintiffs in the case, Richard and Saundra Verri of Arizona, sued Mr. Feigen after they tried to consign a painting by Rosa Bonheur at Sotheby’s but were told by the auction house in March that the painting was most likely done by the artist’s brother. Mr. Feigen had authenticated the work in 1991 through a series of letters to the French Ministry of Culture, but the couple actually bought the work, Landscape with a Peasant Girl and Her Cow, through a Rhode Island School of Design fundraiser.

“This guy is crazy,” Mr. Feigen said when news of the lawsuit first broke.