Former Newark mayoral candidate Clifford Minor was sentenced today to 24 months in prison for his role in conspiring to commit bribery in connection with witness testimony and for committing perjury, obstructing justice, and falsifying records in furtherance of the scheme, U.S. Attorney Paul J. Fishman announced.

He had previously pleaded guilty to charges contained in a Second Superseding Indictment unsealed Sept. 23, 2010: conspiracy to use a facility in interstate commerce to commit witness bribery; use of an interstate facility to facilitate bribery; obstruction of justice; falsification of records; lying under oath, and lying to federal agents. 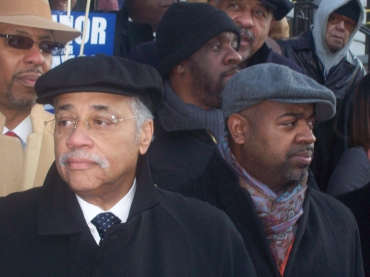