On October 7th, FoxNews.com launched a survey titled “Do ‘Occupy Wall Street’ protesters represent your views about the nation’s economic problems?” Considering the type of coverage Fox has been giving the events in Zuccotti Park, we imagine they were pretty confident that the majority of their readers would answer “No.”

Unfortunately (for FoxNews.com), this is the Internet, and word of this poll spread quickly. The results started pouring in from OWS-sympathizers. Here’s what we’re currently looking at: Out of over 198,000 votes, more than 137,000 voted that Occupy Wall Street protesters represented how they felt about the nation’s economic problems. This isn’t a fluke: Reddit put out a call to arms four days ago, as did The Daily Kos. Combined with all those pro-Occupiers on Twitter and Facebook who kept linking to the poll and getting the word out, the numbers went soaring in favor of OWS.

The only question now is how Fox keeps the poll up, and how hard they will try to bury this data afterwards. Or perhaps Conservatives will rally on their social networking sites and bring their numbers back up? Hey, all it takes is one link from DrudgeReport. 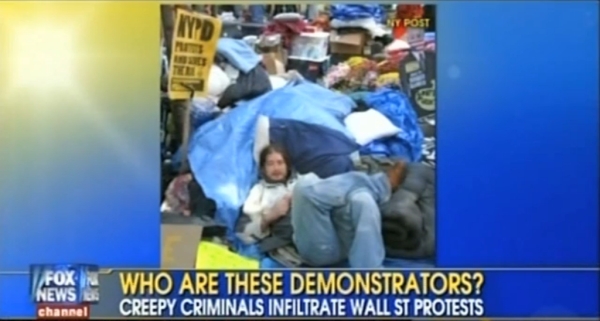