While Democratic candidate Vin Gopal rejoiced over the Asbury Park Press’s weekend endorsement of his Assembly candidacy, LD 11 Republicans pushed the blitzkrieg button on the hard-charging challenger, putting a deep divot right in the roadway where Gopal sought traction.

A campaign mailer landed on the same day of the endorsement, introducing Gopal to voters as the former campaign manager of former Perth Amboy Mayor (and 13th District congressional candidate) Joe Vas.

“Gopal managed the political campaign of a Democrat party boss who went to prison for laundering money to the very campaign Gopal was running,” reads the piece, which features a bright white x over the businessman candidate’s face.

Vas was convicted of state and federal corruption charges in 2010 and 2011, respectively.

“Who is to blame for higher property taxes? Kathy Horgan. She raised the average local homeowner’s property taxes 9.6% in two years.”

The timing was particularly dreadful for Gopal of Long Branch, the sole Democrat endorsed by the Asbury Park Press this cycle.

“I was 20 years old,” he said of his involvement in Vas’s ill-starred congressional run. “I was also receiving college credits and I was there for three or four months. Joe Vas had been there for over 20 years. I never made any decision regarding money in that campaign.  I wasn’t even old enough to drink.

“This is Republican desperation,” the Democrat added. “They’re going this negative is disappointing. I have to say, I thought higher of (Assemblywoman) Mary Pat (Angelini R-11). I had a friendship with her.”

Tom Fitzsimmons, campaign manager for the LD 11 GOP, responded in a statement.

“Vin and his running mates have put out three mailers and they’re all attack pieces, so I’m a little surprised his feelings are hurt,” said the veteran operative. I guess he can dish it out but he can’t take it.

“Vin has been going around portraying himself as a centrist small businessman, so we thought it was time to let people know who he really is. This is a guy who was a top aide to Dennis Kucinich. He worked for a politician who went to jail. He’s opposed to the tax cap and pension and health benefits reform. If this guy is a businessman, his hero must be George Soros, because his politics are about as anti-business as you can get.”

Other Republican sources found it ironic that Gopal tried to downplay his role in the Vas campaign.

“This is a guy who had a reputation for making a few photocopies and then acting like he ran the campaign,” said one Republican insider. “Now he’s trying to downplay the one campaign where he actually had some responsibility. Classic.” 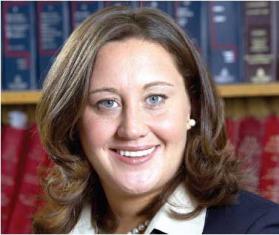