Correction: An earlier version of this article said Mr. Auernheimer was released in September. In fact, he has been out on bail, awaiting trial, since March.

Andrew Auernheimer ( a.k.a. “Weev“), one of the most martyred heroes of the hacker community, showed up at Occupy Wall Street earlier this week. “This is even better than Alec Baldwin and Kanye West combined!” – Everyone in Anonymous


In 2008, The New York Times magazine wrote a story called “Malwebolence: The World of Web Trolling.” Lots of scary stories about 4-Chan and it’s /b/ board, Anonymous, etc., etc.

For the main photo of the story, the story used a fresh-faced Mr. Aurenheimer, then 22. The piece made him out to be anarchist misanthrope: “I hack, I ruin, I make piles of money,” he boasted. “I make people afraid for their lives.” He is/was not a fan of the Federal Reserve, and *sigh* the Jews.

Weev is also the one responsible for stealing the identity of the writer of The New York Times article, Matt Schwartz. (Note: Though he disagrees with this assessment in our comments.)
The fact that he was able to hack into AT&T’s database and discover that the company was selling lists of its consumers to Apple Inc. turned him, in the eyes of the law, into a felon. Especially after Weev and his team of Goatse Security downloaded 114,000 of these personal emails and sent them to Gawker. Mr. Aurenheimer, living in Little Rock at the time, awoke one day to find to find his home raided by the FBI. They weren’t mad about his web trolling, or identity-stealing. No, they were furious about his dissemination of AT&T’s information. They booked Weev on drug charges, and he’s remained incarcerated since 2011.

After being released last month in March, someone asked what the hacker-activist planned to do next, to Mr. Aurenheimer apparently answered, “Occupy Wall Street!” 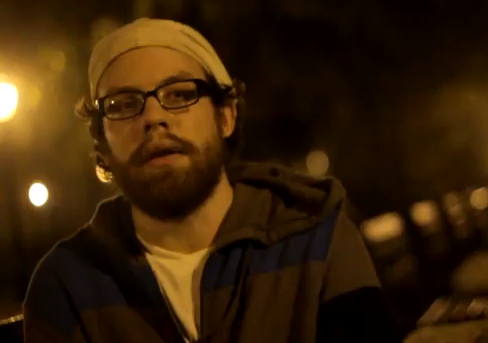